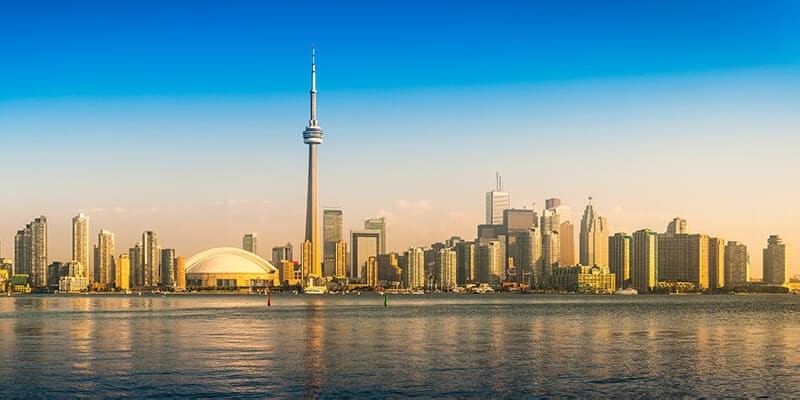 According to recent media reports, the Conservative government in the Canadian province of Ontario plans to open the online gambling market for private providers. Currently, there is a state monopoly in the area of Online Casinos, sports betting and Lotto in the Region – which is likely to change later this year.

There is currently a monopoly on gambling in Ontario. The Ontario Lottery and Gaming Corporation (OLG) is the only gambling provider to offer its services on the Internet. It is done on a website playolg.ca, where you can find in addition to the lotteries also some slot machines and scratch cards.

In the budget of the province of 2019, the government has provided for the creation of a competitive market for online gambling. It should reflect the choice of consumers. At the same time, visitors to the new gambling websites should be protected while playing.

The proposal currently applies to Online casino games and sports betting. The government wants to work with key stakeholders to create reliable regulation and an attractive modern market. Regulation could be launched later this year.

Gambling laws date back to the 1980s

Canada is now one of the most liberal and advanced countries in the world. Ontario with the capital Toronto is considered one of the most important provinces for the economic performance of the country.

The province of Ontario provides about 40% of the country’s economic output. There lives about a third of the inhabitants of Canada. In recent years, the province has had problems with higher real estate and rental prices around Toronto. There were also tax increases and an increase in energy costs. According to some reports, the growing dissatisfaction of the population has led to the election of the provincial conservative Populist Doug Ford. Due to his promises in the election campaign to reduce eco-taxes and other measures, he is also referred to by some Canadians as “Trump light”.

Gambling is provided in Ontario by 12 casinos and several lotteries. However, gambling laws have not changed since the 1980s. In the law, all games of chance outside the state Casinos are considered illegal. At that time, for understandable reasons, it was not thought of regulating Online Casinos or sports betting on the Internet – they did not exist and they were not foreseeable.

In practice, the law of the 1980s has become unusable. The Canadians will play without fear online at various foreign gambling providers. According to official figures of the government, residents of the province of Ontario alone are expected to spend 500 million Canadian dollars (about 330 million euros) for online gambling.

Although the Canadians do not have to be afraid of law enforcement, there are some reports of millions of profits that have been paid out without any problems. However, the government sees it as problematic because legal uncertainty cannot guarantee player protection or Fairness in gambling. In case of dispute, players will not be able to claim any winnings or seek other legal assistance.

Ban is not an Option

The government sees the will of the population to use online gambling. Therefore, the enforcement of a total ban or state monopoly is not an Option. The consequences are drawn from the developments and at last we want to introduce a reliable and modern gambling law. The Conservative government’s budget therefore States:

Modernisation of distribution channels at Lotto

In the field of lottery, the Ontario Lottery and Gaming Corporation will no longer be the only one in the future. Rather, it is planned to mix state lotteries and private lottery providers.

So, among other things, new jobs to be created. In addition, you want to create new business opportunities and finally allow players better access to the lottery.

Lottery tickets can be sold, for example, in selected supermarkets, but also at retailers. The number of lottery terminals of the state provider is also to be increased.

In addition, at the end of the purchase of official lottery products (for example, 6 out of 49 or Pro-Line) will be made possible via the Smartphone. Although the private providers should also distribute official lottery tickets of the OLG and not bet on it (as is the case with most Foreign second lotteries).

Liberalisation will also apply to sports betting. In particular, North American professional sport is the focus of efforts. In Canada, Ontario currently only allows bets on multiple Events and Parlay bets (the American equivalent to the European combination bets-that is, bets on more than one Team and match).

The Ice Hockey League commissioner, Gary Bettman, was very positive about developments in Canada. He confirmed to the media:

With two NHL franchises in Ontario, and two on the border to the United States, the province is a very important market for the NHL. Accordingly, the NHL has no objection to the Initiative of the province of Ontario, to offer single bets, if this is permitted.

Adam Silver is NBA Basketball commissioner and also supports the government’s plans in Ontario. For him, the rules for the protection of the Fans and the integrity of the sport are in the foreground:

If the government allows betting on individual sporting events, the NBA would support the province of Ontario by offering this type of betting, subject to appropriate security measures. The NBA has entered into agreements with several licensed international gaming companies that can take these security precautions into account and help create policies for Ontario.

The government also wants to work more closely with professional sports leagues and Teams. For example, it’s about NBA Franchise from the Toronto Raptors. This is a great way to provide players with a better gaming experience and more entertainment.

Liberalisation at all levels

382 pages of the new budget plan of the government. The rules on alcohol consumption should also be relaxed. One appeals to the individual responsibility of the inhabitants and wants to “treat adults as adults” in the future (the text of the plan).

So far, gambling houses have not been allowed to drink free alcohol. It is now possible for the Casinos to give free Drinks to the players – they can even advertise with the free Drinks in the future.

Existing gaming banks will also be expanded and enlarged. Modernization is also commonplace. Additional locations will also be opened in Pickering and Peterborough. The aim of these changes is to improve the competitive conditions of the gambling banks. The Casinos should be able to use their options as effectively as the casinos in the US, which are considered to be the biggest competition.

In the area of alcohol, it is planned to extend the serving times in the gastronomy. Besides, it should be possible for residents in the future to consume alcohol in public places. In addition, the sale of beer and wine is to be made possible in significantly more locations.

The inhabitants are largely enthusiastic about the newly gained freedoms and welcome the changes at all levels. Economically, the new measures in the province are expected to generate new revenues in billions. The new law could therefore be financially profitable for the government.