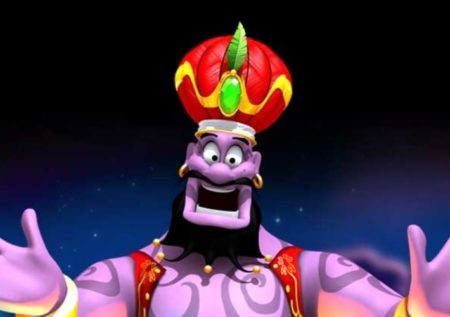 Genie Jackpots slot is another game by Blueprint Gaming and Big Time Gaming’s MegaWays series where a magic lamp can deliver plenty of treasure. It has 6 reel machine where the number of ways to win varies but can reach an enormous 15,625 ways.

With the addition of the MEGAWAYS™ mechanic, this game has a broad specter of features we already are familiar with from other BTG games. That said, it does feel like Big Time Gaming can take most credit for its features, instead of its actual developer. Nevertheless, it’s not necessarily a bad thing as the collaboration has lad to a spectacular game with some of the best features seen to date.

To name a few, here are some of the base game features that you encounter on any spin. The list contains all the features that are distinguished as Power Spins:

However, that’s not it for the feature coverage in this Genie Jackpots Megaways review. The bonus game is where it’s at. When the game reveals three or more scatter symbols, it enters the bonus. More scatter symbols can grant more spins.

Here’s a list of all four of the available opportunities for bonus features:

This is by no surprise a really good slot I would recommend to try. The gameplay is exciting and win potential is exciting. I even like the design and it looks good on mobile.

Gambling reform in Belgium comes into force
6 days ago