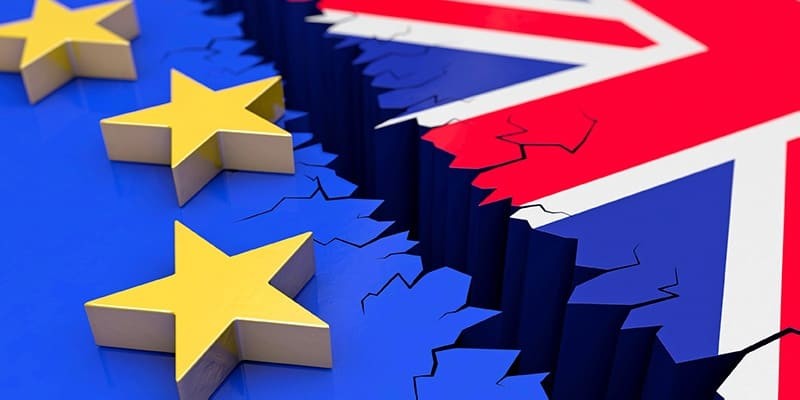 In the UK, betting is firmly anchored in society. You can bet on all possible events on the island. Started by bets on baby names for new members of the Royal family, on sports betting to betting on political events. At the moment, the events of the Brexit negotiations with the bookmakers are overturned by the British for possible Brexit events.

Is there a Brexit between April and August 2019? Will Theresa May resign? Does Britain participate in the European elections at the end of May? There is a whole bunch of questions about the current situation in the UK – the Brexit, the negotiations on withdrawal and the question of the resignation of Prime Minister May are currently the most important issues on the island.

On 15 March, Prime Minister May announced her resignation if the British parliament did not agree to her negotiated terms of the Brexit agreement. The Nordic DUP, which is supporting Mays Conservative minority government, is against the negotiated agreement. It was possible in the lower house, though, to extend the deadline until 12. However, there is currently no majority for a exit scenario. The conservative MP Oliver Letwin currently sees the so-called No-Deal-Brexit as the most likely Option.

In the No-Deal Brexit, Britain leaves the European community without a treaty of resignation. This could lead to customs controls for visitors to the islands when travelling home, higher costs for mobile phone use or the elimination of European health insurance. The visit of the country should continue to be possible without a visa. For the British in EU countries, much can change as they lose status as EU members. Whether you need a visa or a work permit for the other countries, is not yet clarified. There will be transitional solutions, but administrative procedures can be followed.

What are the odds of betting on the Brexit?

Betting odds can also be used to deduce statements about assumed probabilities of events. Overall, there is a rather mixed picture among the betting providers.

For example, at the portal Smarkets (22. On the other hand, there is a risk that the United Kingdom will exit between May and August. The rate for the event was 1.5. If you give the bettor’s faith and convert the odds, the probability of withdrawal is 40%. Since the beginning of April, only 30% believe in a Brexit between may and August.

More interesting is the look at the No-Deal-Brexit, only 6.25% believe in a Brexit without a contract. At the beginning of April there is still no agreement on a Brexit Option, supporters of the No-Deal-Brexit have risen to 22.22%. There’s still a second. Referendum on leaving the room, only 28% of the users of this portal believe that this is possible.

The special feature of Smarkets is that you bet against others and the platform only serves as an intermediary. There are flexible odds based on customers ‘ decisions and their placed bets.

Some bookmakers can also bet on whether food rationing will occur due to Brexit Chaos. The Chance for this is currently at 8%, if you believe the odds of bookmakers.

Betting is a popular sport in the UK

Betting on political events has a wide Tradition in the UK. Already in the 18th. In the 21st century, for example, Charles James Fox, a former president of the British House of Commons, is said to have spent large sums on the outputs of social and political phenomena. Between 1910 and 1940, bankers, brokers and companies in England bet on the election results on the stock exchange.

Nigel Farage, an advocate of Brexit and a member of the European Parliament since 1999, placed several thousand pounds before the Referendum on a bet for the exit in favour of the exit. In 2016, all party offices of the UK Independence Party resigned because he achieved his political goal. He also won the bet.

The population is also keen to compete. Betfair reported more than Brexit-election night 2016, that in the last 7 hours approximately 182,000 bets on the outcome. The players had previously realized that a Brexit is most likely to bet on it. The media reports came to the findings only hours later. At that time, gambling researcher Tom Auld from Cambridge University noticed relatively dry:

It looks like the gamblers had a better sense that the Leave campaign would win.

Most of the bookmaker to take bets on elections. This is the case, for example, with Betsson or Betsafe. At betway and bwin I had found various betting options for the Brexit. In addition, Smarkets offers a wide selection. Ladbrokes offers some bets on Theresa May’s resignation.

Personally, I would never rely on the outcome of political events (Referendum or elections). But the opinion picture that arises from the elections is already interesting. On Smarkets, it is also well worked up by appropriate diagrams. As a result, some UK betting portals are making a lot of effort.

There is frequent discussion of the extent to which political actors influence the odds of betting in their favor. At Bloomberg, a few times after the Brexit election, the question arose as to why Nigel Farage made it clear that it would look like after the victory of the EU supporters-although at the same time he received results of a survey that showed the opposite. By his statement, people from the political environment could have made good bets on a fall of the pound, because no one had believed in a victory of the Brexit proponents. However, there was no concrete evidence, all the theories of grey business in terms of policy betting are based solely on evidence.