With the help of facial recognition software, the casinos and casinos in Macau are now trying to identify big losers. They are supposed to be animated by the staff even more to play and at best lose even more at the end.

According to the Bloomberg News portal, the Casinos in Macau are supposed to use facial recognition software to recognize players who make high stakes and are likely to lose more than other players. To create such risk profiles of players are cameras and sensors on the gaming tables. Through Machine Learning, the data is evaluated at the end and used by the staff.

Machine Learning is translated in German with machine learning. It is a sub-area of artificial intelligence. IT systems should be able to detect patterns in data sets automatically through Machine Learning. In the best case, Man generates artificial knowledge from “experience”.

What is the effect of the technology in the Casinos of Macau?

It is known that all major Casinos worldwide have cameras to monitor security. These may be partially used to recognize players when using the right Software. It is also known that there are chips with computer chips at the Poker and Baccarat tables. In some cases, hidden cameras were installed to improve Face Detection.

The new technologies probably use algorithms that can process the behavior of the customer at the betting table, so that the risk appetite is recognized. The higher the risk a player takes, the more money the player can potentially lose and the higher the winnings a Casino can make. Estimates are based on up to 10 times higher winnings by such players compared to normal players for the Casino.

The goal is to first identify which players use a lot of money. You would then want to extend your playing time so that you end up using more money than you actually wanted and then possibly have higher losses.

What Casinos are using the technology in Macau so far?

The background to high-Tech player monitoring is that the growth of the Offline gambling industry is slowing down worldwide. In order to compensate for the slump in otherwise good economic growth and also the pressure of official controls, the operators want to stimulate the profits of the casino.

The casino operators Wynn Macau, Galaxy Entertainment Group and Melco Resorts & Entertainment are currently discussing with the providers of the technology how to use them profitably in their casinos.

Which players do the Casinos target?

The Chinese gamer’s Paradise Macau has ever greater problems to keep High Roller with. Many migrate to other cities of the world, Las Vegas in the USA and Melbourne in Australia are very popular. Bloomberg analyst Rachel Chang said in an Interview:

The Casinos must recognize the huge Chinese middle class, of which three million people come to Macau every month.

The companies therefore try to identify a specific group of people. Macau is the most important place for Chinese players to participate in gambling near China. The economic upswing in China is making the middle class in the country ever bigger. Partially parts of this middle-class travel to Macau to have fun. Some want to play, others are traveling with the family.

The advanced monitoring technologies allow Casinos to easily distinguish between serious players and weekend players who want to have fun for a short time.

How can Casinos offer incentives to Play?

There are a number of ways the staff at Macau Casinos can “persuade”players to stay. One Option always exists in Freebies such as drinks or services. Furthermore, overlays of screens are conceivable, which can animate to continue playing.

In part, the Floor Manager should be alerted immediately when a” good customer ” enters the room. This can then send employees immediately to ask for their well-being. Andrew Lo, managing Director of Suncity, described the possibilities in an Interview as follows:

For those who can afford to lose and play even more if they lose money, we can definitely offer a free meal.

The System behind the detection software

There are ultimately three large companies that supply operators of Casinos with K. I.-capable technology: Walker Digital from Las Vegas, Dallmeier Electronic from Regensburg and Angel Playing Cards from Aono-Cho (Japan). Overall, the technique they provide differs in Detail, but the basic idea is similar.

High-resolution cameras and RFID-enabled Chips and tables record the playing behavior of each player. The information collected is stored in a centralized database. With the data, a Software can then create a risk profile of the respective players.

RFID stands for radio frequency identification and Means identification using electromagnetic waves. It is a technology for transmitter and receiver systems for the automatic and contact-free identification. The technology is used for contactless payments made via credit cards.

The systems are so good that they can track how often, for example, a special player has used side bets at Baccarat. It is probably registered in this card game, how many times draw was typed. The risk of losing is higher there, because the event is less likely, but higher winnings can wave to the player.

By such a high-risk player, you can generate 10 times more revenue than normal players. For this reason, the System appears to be particularly lucrative for the casinos.

Ultimately, casino operators can evaluate each player’s gaming behavior. The total time spent for a player in Casinos, include, for example, bet amount, his risk-taking, profit-loss ratio, his remaining Chips, his behavior in the past, and its net value.

Invisibility is important for many banks

The casino operator Sands has received an authorisation for the surveillance system from the local authorities. Dallmeier Electronic of Regensburg, is a supplier of the company. Sands and Dallmeier are working together to recreate the cameras. They should be embedded in Pillars of the casino so that they are no longer visible to the customer.

Your customers do not even notice that they are being persecuted.

Most casino operators in Macau do not want to publicly comment on operations or technologies. MGM, Galaxy Entertainment, Wynn and Melco did not respond to journalists ‘ requests or comment on internal operations.

Further applications of the technology

It is not uncommon for RFID technology. To protect against fraud, many casinos in Las Vegas are already using the technology in Chips. Turn them off when they are stolen from the Casino to recognize you. However, this new technology in Macau goes a few steps further.

In addition to characterizing game behavior, it is also conceivable that the technology can be used to detect collusion between dealers and players. Thus, fraud could also be better prevented.

In addition, the speed and accuracy of the Croupiers can be checked. At the same time, it would be a tool for donor performance management.

Collecting information is known in China

It is known that Chinese companies collect a lot of information from consumers to adapt and improve the products in the fields of Design and functionality. Overall, it is not surprising that the casino industry in Macau is trying to create better player profiles.

In-house, however, there should be concerns at some Casinos. It is questionable, among other things, what happens if the Chinese government wants to see the data. Especially since players with high spending, usually do not want to be observed – the technology could therefore cause some problems.

Andrew Lo, managing director of Suncity, is more relaxed in the relationship. He believes that, at least among the Chinese, the concerns about technology will not be so great. He said on the subject:

I think the customers expect their bets to be watched. The only question is whether the casino driver knows how to handle the data.

In the Rest of the world, such techniques have not yet been established. Experts see the very loose data protection regulations in China as one of the reasons why companies can collect so much data there undisturbed.

Whether this technology will eventually come to America or Europe in the Casinos is so far uncertain – due to the law strict data protection regulations it is considered unlikely – at least if you want to believe the experts in this field. 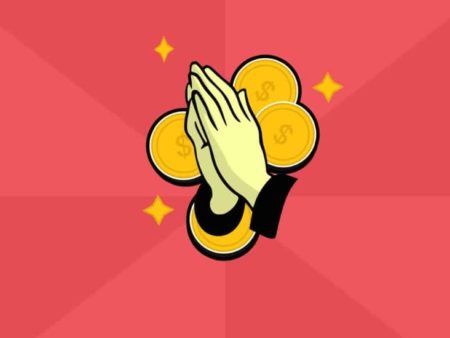