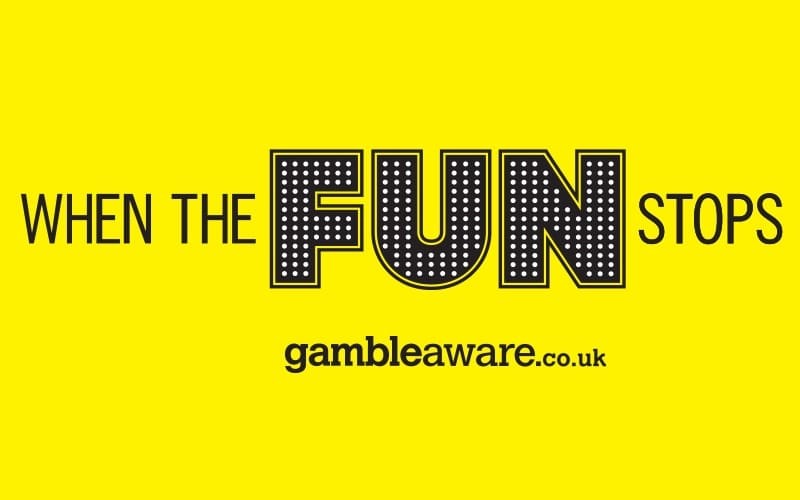 Scientists from the University of Warwick have found that warning messages in gambling advertising have no effect on Game behavior. The new study focused on warnings for TV advertising for sports betting.

The psychology department of the British university in Warwick had carried out tests with 506 people. They were Fans of the British Premier League and had also experienced sports betting in advance.

They had been shown various commercials of sports betting, which were partly provided with warning signs and partly not. After that, you should decide whether you want to make small bets on sports betting. Some of the results were amazing.

Background is that 2015 the Senet Group’s advertising campaign ” When the FUN stops, stop!”(translated: “When the fun stops, stop!“) had developed. The Senet Group was founded by the 4 largest bookmakers in the UK market (William Hill, Ladbrokes, Coral and Paddy Power). The aim was to create new Standards in terms of “responsible gambling”.

The campaign was distributed on TV and via social media. Among other things, you give there the tips, only money to bet, which you can also lose and to set your own Limits. In 2017, around 54% of British respondents reported that they had taken part in this campaign.

In the investigations, it was found that players who were previously warned of the dangers of gambling by advertising were more likely to bet than participants who had not seen the warning.

The researchers, however, reported that the difference was not statistically significant enough to conclusively indicate that the message is actually counterproductive. Nevertheless, they said in the new study that the warning, the real goal of promoting responsible gaming behavior, is not achieved.

In the trial arrangement, players were given a choice as to whether they wanted to place £ 0.10 in football betting. If you choose to bet, the prize will be paid out. If you have chosen to do so, you have paid out the 10 Pence bet.

In the evaluation, it was found that 41.3% of the attempts in betting operations were in the opinion of the advertising spots with gambling warning. When the warning was not shown, it was only 37.8%.

The difference is not very large, so the researchers have to admit that the study did not provide statistically significant results. It is therefore impossible to say that the introduction to responsible gambling is counterproductive. However, it is certain that the warnings do not reach their actual goal.

The research team is therefore in favour of further research. The campaign was well known and therefore analyses of the effects of the warnings were extremely important. You understand the study on the subject only as a first examination.

Researchers criticize the depiction of the Fade-In

For the warning, the word “FUN” is shown in large letters. It immediately catches the eye. The word “fun” stands out clearly from the Rest due to the larger and thicker writing. In their study they gave as possible reasons for their result, that the focus is directed by the lettering too much on the fun while playing.

Dr. Lukasz Walasek is one of the authors of the study and commented on the results in the following way:

The purpose of the warnings “When the fun stops, stop” is to promote more responsible gaming behavior. However, there is little evidence that such labels are effective.

Gillian Wilmot, the Chairman of the Senet group. She responded to the criticism as follows:

The Fade-In has created a substantial awareness of the relationship between negative emotional states and Game problems. She gave young men an easily accessible formulation to challenge each other in a way that has now passed into popular culture. It was never the goal to prevent all bets. Instead, the players should be brought to pause and think.

However, the chairman of the Senet Group admitted that a review of the advertising campaign is currently being carried out and there will also reflect on the spelling of the word “FUN”.

Overall, however, the warning will at least not be present on TV. In the UK, new guidelines on television advertising have entered into force. In addition, the gambling industry has voluntarily decided not to advertise sports betting at Live Events.

For example, in the Cricket series “The Ashes”, for example, you no longer switch advertising before 21 clock. This will also affect 2 major Cricket events. England and Australia play against each other on 1 August and 16 September 2019.

It is important that you not only pay attention to the TV advertising, to which you have mainly limited in the study. The Senet group was launched in November and December 2015 is also a social media campaign with the Hashtag #gamble smart. Videos and other content have been posted on the topic. There were of 114,000 British responses to the content.

This study can only be seen as a start, and further studies on the benefits of such warnings are still pending. At least the first relatively astounding results could be shown, perhaps in further studies statistically significant differences become more apparent.