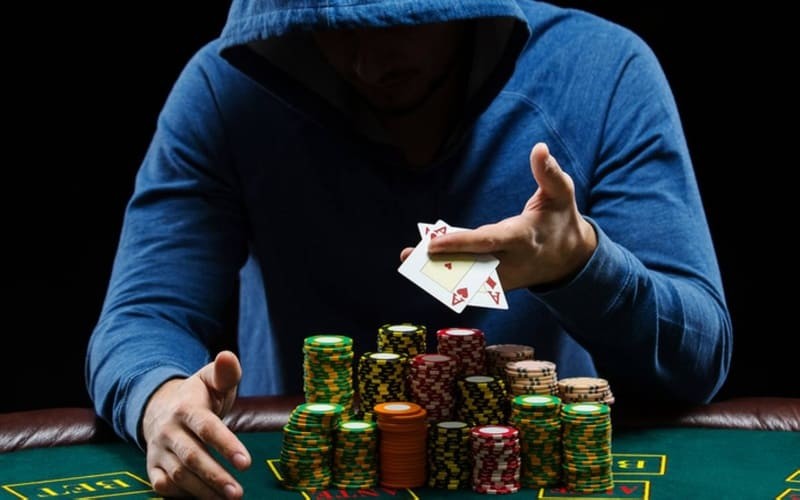 In 2017, the poker game offered Libratus caused a stir, since the game could win in single against a real poker player. Now the AI has been further developed and the successor Pluribus competed against different poker players at the same time – surprisingly, the machine was able to beat the poker player.

In the field of Poker, one developed an AI in 2017, which should accommodate it with real Poker professionals. Thomas Sandholm, professor of computer science at Carnegie Mellon University, and his colleague Noam Brown made headlines 2 years ago as their computer program Libratus struck real Poker players in detail. Now you have developed the program so that the new AI named Pluribus can compete against several Poker players at the same time.

Fight man against machine – an old hat and yet different

The fight man against machine was not only taken up by various Hollywood films. The chess world champion Garri Kimovich Kasparov had played against the computer Deep Blue in 1996 and 1997 – the 2nd tournament in 1997 he had lost against the computer of IBM. It was the first Computer to win against a current world chess champion. Since then, no new Match has been played, but Kasparov had suffered from the defeat at that time.

Google Deep Mind developed a computer program for the board game Go in 2015. It appeared under the pseudonyms Master(P) and Magister(P), but is now known as Alpha GO. In 2015, it competed against European champion Fan Hui in the Go, in 2016 against South Korean Lee Sedol, who is still considered the best Go player. He won both games.

Against this background, Libratus and Pluribus were developed. The computer programs against professional players in Texas Hold’em competed without Limits. From the complexity of the game, Poker is slightly different from chess and Go. The two Board games you have all the data you need to develop your own strategy for the game.

In the case of Poker, the data available for the calculation of moves are incomplete. You only know your own cards and the cards on the table. The opponent’s hand is unknown. This incomplete score makes it difficult to make reliable decisions for a Computer. Players use their Intuition or the other players ‘ assessment based on the body language, for example, the computer program does not have these options.

The beginnings were with Libratus

Unlike Alpha Go, Libratus did not rely on neural networks, but on classical Reinforcement Learning. A decision tree with the possible moves is systematically restricted to the best moves. The comparison with the probabilities for winning is carried out by the AI.

In the single games against the 4 professional players Libratus was not able to pursue a clear strategy at the beginning, so the opponents had a Chance to win. Before the games started, the Computer had played 15 million CPU hours against itself. After the round Sandholm has trained with his Team, the program with the Supercomputer, “Brigdes” with a total of 4 million CPU-hours. The next day, the players had to get used to a AI that no longer had the weaknesses of the previous day. Dong Kim, Jimmy Chou, Daniel McAulay and Jason Les competed in the “Brains vs. Artificial Intelligence” competition in mid-January 2017. The Games at Rivers Casino in Pittsburgh were played in front of their own monitors and computers using the Libratus program. This Situation is therefore more similar to Online Poker.

Stephan Kalhamer, graduate mathematician and president of the “Deutsche Poker Sportbund” once commented on the tournament as follows:

There is such a Moment where you practically catch the Computer on the wrong foot through your creativity. After that, the human System breaks down completely, so from day seven it is then 13 days really huge down; and the defeat is already crass.

The game was played for 20 days for almost 120,000 poker hands. From Day 4 to day 6, The Professionals seemed to have the machine under control, but then losses and defeats followed. The developer Sandholm once described the procedure of the Poker Bots as follows:

We do not try to find holes in the enemy’s strategy and then take advantage of them better. Instead, we look at what holes have the opponent found in our strategy and used with the most success?

What’s different about the new Pluribus?

Pluribus has competed in the No Limit Texas Hold’em against 5 other professional players in more than 10,000 poker hands. Due to the different players, the situation is once again much more complex in Poker. For this reason, they should have developed an algorithm that reduces the complexity of the individual game situation, but still recognizes a change in strategy if it would promise more success.

Initially, the program was trained with copies of itself. After that, Pluribus first entered against 5 real Poker players at the same time. Later, five AI versions played against a Poker professional. In all tournaments, the Software was significantly. Darren Elias was a record player on the European Poker Tour and Chris Ferguson, the six-time World Series of Poker tournament winner.

The developers have analyzed the whole situation around Pluribus as follows:

A game with six instead of playing with two players requires fundamental changes in how artificial intelligence develops its game strategy. We are thrilled with the program’s Performance and we think that some of the “Pluribus” game strategies will even change the game behavior of the professionals.

The developers call Pluribus a milestone and above ground. Other researchers recognize the technical work of the developers, but still see the results as earthly. Marcus Liwicki, head of the mind garage at the University of Kaiserslautern, keeps the manner of the Tests for suitable and very good. However, he would like further tests from an independent evaluation team with other player pairs to exclude all prejudices.

The term “Superhuman”, which is already derived from the title of the publication “Superhuman AI for multiplayer poker”, should be avoided. After all, calculate a calculator better than most people and cars are faster than people. However, it should be acknowledged that when a AI learns faster in unknown situations and makes better decisions than a human being. Nevertheless, most experts see much greater milestones in the victory of Deep Blue or Alpha Go.