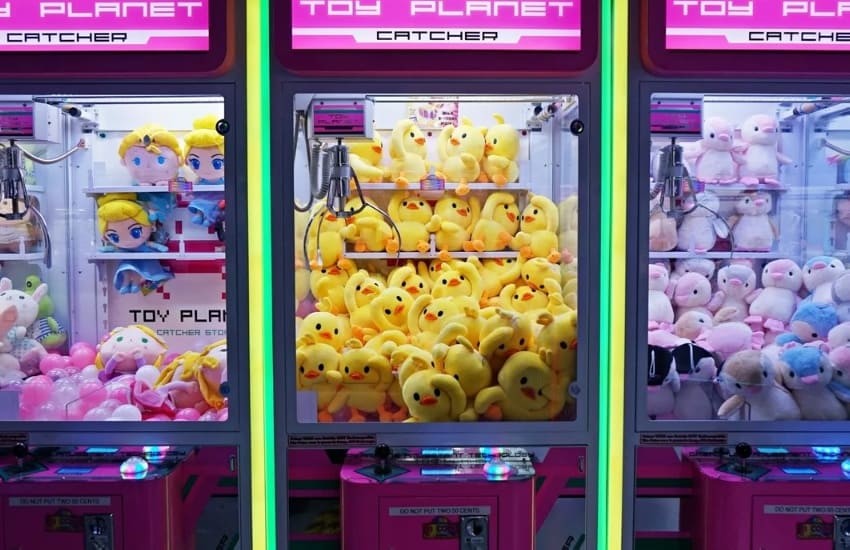 They should be made so inaccessible to minors. The young lawyer made this request at a conference on the topic of youth protection.

In the Asian countries, automatic grippers are relatively popular and are part of the normal cityscape. Many shopping centers are equipped with the popular “crawl machines”. In some cases, the operators come up with quite funny marketing concepts for the opening, as a report on the opening of an arcade with gripping machines in Taiwan showed in 2018.

Are gripping machines a form of gambling?

According to Nutthapong Sampaokaew, coordinator of the No Gambling Youth Club, the machines are installed in large numbers across the country. Young people would have unlimited access to them. He was of the opinion that many Thai people were already wondering whether gripping machines were gambling.

The Thai Gambling Act defines the gripping machines as “serving the purpose of the bet”. The definition was confirmed by the Supreme Court in Thailand in 2004. Since then, gripping machines in Thailand have officially been considered “illegal gaming machines”. Only last year there were first reports that the ban on automatic grippers will be enforced in Thailand.

Nevertheless, the young lawyer denounces that the vending machines in most department stores are free and attract young people.

Where do the gripping machines actually come from?

The automatic grippers (also called grippers, claws or toy machines) are known all over the world. It is a box made of glass, the inside of which is filled with toys or soft toys. But there are also automatic grippers for jewelry, watches or sweets. For a certain amount, you get a gripping process in which you can move the gripper arm and hopefully pull out a good price. The gripper arm is moved using a joystick.

The first gripper came from the Japanese company Taito in 1965 and was called “Crown 602”. The gripping machines were then spread all over the world via Japan.

A special feature is that the claw presses to different degrees with each gripping process. The payout rate is guaranteed by modulating (or clocking) the claw. There are different settings. For example, an operator can set that the normal gripping force is 30%. With an average of every fifth round, the gripping performance could be 60%, which is then the winning rounds for the players.

For this reason, several courts around the world have already judged that the machines are by no means “vending machines”. After all, receipt of the goods is not guaranteed. It’s more of a slot machine.

The No Gambling Youth Club has examined 92 department stores in more than 10 provinces (including Bangkok). There, more than 1,300 machines have been found in 75 shopping centers. It is particularly striking:

The machines are located in areas where buyers come by frequently and there is no age limit for customers.

In addition, some operators try to mislead customers. They describe the slot machines with signs as “vending machines”, but they are not.

The youth protection club had asked various people aged 15 and over about slot machines. Around 80% stated in questionnaires that they did not know that the gripping machines are actually prohibited in Thailand.

Supapit Chaidit is Chair of the Children’s and Youth Council of Thailand. In her statements, she reiterated that the gripping machines are gambling:

The crane machines match the definition of gambling because customers have to bet money to bet on the chance of getting a prize (in this case a doll).

Thanakorn Komkrit is Secretary General of the Stop Gambling Foundation. He advocates sensible regulation of the automatic grippers:

If the machines were to be put into operation, they would have to be subject to stricter regulations, including restricted access for people aged 20 and over.

Former Bangkok senator Rosana Tositrakul believes the Thai government should use this research as a basis to finally eradicate gambling activity in this area. The gripping machines drive young people to take risks and could lead to gambling addiction in adulthood.

As I mentioned in a previous article, gambling is largely banned in Thailand. However, online casinos are partially tolerated because the 1935 Gambling Act has not yet provided for them. Why the ban on automatic grippers has not yet been enforced remains questionable. But apparently the Thai people like to play on the machines with gripping devices.