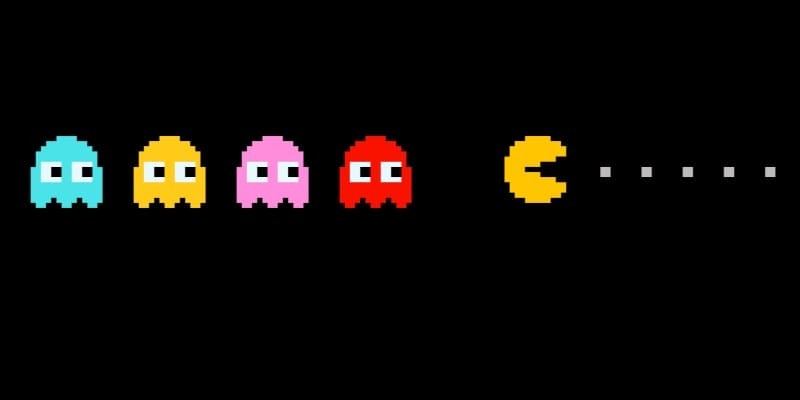 Bandai Namco has already started working with gambling companies from all over the world in recent years. The Japanese company is especially known for the development of video game classics Pac-Man. The Waka-Waka-Waka-Game is now to come to the top online casinos as Pac-Man Bingo Slot Machine worldwide.

The Japanese company Bandai Namco is cooperating, more recently, with the Spanish software developer Meetronia and the UK-based Quixant. The three companies have started to produce a Pac-Man Bingo slot machine. The first test versions have been on the gambling market since the beginning of April.

Bandai is, after Mattel and Hasbro, the largest manufacturer of children’s toys. The company was founded by Naoharu Yamashina in Tokyo in 1950. It all began with the production of the game Rhythm Ball, and a metal toy, a replica of a B-26. The company has been steadily growing and now produces anime, video games and consoles in addition to the normal toys. Games like Pac-Man became classics in the 80s. In the 1990s, man produced Street Fighter for the Nintendo. The company’s own consoles were sold only in Japan and had to compete with Sony.

Bandai had already gained experience in the casino industry in 2016. At that time, they started a collaboration with Australian software manufacturer Ainsworth Game Technology. Although the Australian company provided the rough structure of the slot machine and its mathematics behind the profits, the Japanese were responsible for the presentation of the machine. This included graphics, Sound Effects, and game-like sections, so the Slot has a better impact on potential players. These first experiences then led to the development of the first Pac-Man slot machine.

In the beginning: The Deal with Gamblit

In September 2017 Gamblit Gaming entered into a contract with Bandai. The companies wanted to develop a Pac-Man money player and sort out some of the popular titles of the traditional brand, which could also become Casino games. In November 2017, the first Pac-Man game came to the casinos, especially in America.

The new wave of nostalgia was aimed at the target group of 21 – to 39-year-olds. Bandai Namco: Pac-Man was created a timeless Evergreen Feeling that many people still know and like.

Marcus Yoder of Gamblit Gaming had seen the increasing Trend of gamification at Casino games. He had recognized the potential of the 80s games and was immediately for bringing some titles to the Casinos. Although there are so far only a few markets in which one is experimenting with it, the follow-up of the “willing people”, as Yoder calls them, is getting bigger and bigger. He almost combined the Situation in 2017 as follows:

The first two games we brought to the gambling markets of Nevada, Oklahoma and California. Most importantly, we developed the Games for the young Generation. 65% of the players were between 21 and 39 years old. Interviews with 6,000 players were conducted in 6 hours. Therefore, you knew for which market you create the games.

At that time, Pac-Man had been awarded great potential. It was assumed that 10 billion people have ever played the game. Billions of Downloads from the game and estimates that 6 million people play Pac-Man daily made it a fruitful idea. According to Yoder, the game is installed on 2 of 5 Smartphones worldwide. Potential customers will know exactly how to play the Game. Therefore, Bandai had been forced to work together.

Evolution of an Arcade game

In 2011, Pac-Man Battle Royal was brought by Bandai into the Arcade world. Gamblit and Bandai had used this slot machine to develop an ATM. It was a 2 or 4 player slot machine where the counterparties could play cash prizes. Even then, they wanted to develop a Single Player machine.

This was the first Skill Casino Gambling machine created by Bandai. However, the company has far greater goals. There is already a Deal with Gameco, the gaming company, about the creation of a 3D combat game based on the classic Soulcalibur II.

The Casino Arcade Games have a real future?

The beginning was rather sluggish with the new Bandai slot machines. Many experts in the Skill Games in the American casinos only see another curiosity, which is a small Trend, but no longer. Bandai has now started production of its own machines, without using Gamblit or Gameco. Watchers are sure that this move will provide Pac-Man at some point around the world in Online Casinos. However, it remains to be seen how such Games can prevail over the competition.