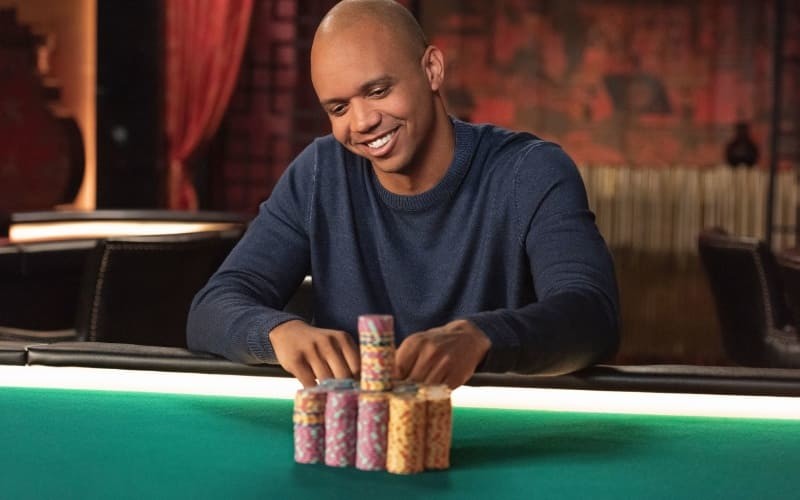 Phil Ivey’s participation in the World Series of Poker has been positive for many of the player’s Fans. The Borgata Casino, which has been litigation with Ivey for an Edge Sorting scandal at Baccarat since 2016, has received Wind from the recent winnings of Pokerstars. The casino is now trying to collect its due money from the legend.

Phil Ivey is back to play the popular card game for the 50th edition of the World Series of Poker. But this WSOP is also overshadowed by the Baccarat Edge Sorting scandal around Phil Ivey, Cheung Yin “Kelly” Sun and the Borgata Casino in Atlantic City. The two professional players had an advantage in Baccarat and crossed in the Casino high profits.

The result was a long legal dispute over Edge Sorting and whether it was fraud. The Casino claimed the winnings back, as Ivey and Sun were supposed to have cheated while playing. In the end, the poker star has lost in court against the Casino. Although it was not a fraud, but the court saw this as a conditional breach of contract. After a new verdict in February 2019, the Borgata may attack the assets in Nevada, in New Jersey the venture had previously proved fruitless. Ivey refused to make payments to the Casino because the case is still the subject of a review.

Jeremy Klausner is the lawyer of Borgata casino and on 27 June 2019 sent the WSOP manager a reminder reminding him of the enforcement order of 18 June. The Borgata was awarded 10.13 million dollars (about 9.17 million euros) and 214,518 dollars (about 195,000 euros) in interest, as the dispute lasted for years.

All in all, debt collection has been relatively unsuccessful, Ivey has been living in Mexico for years. The trip to the WSOP in Las Vegas for the Borgata is a first way of assets. Caesars Entertainment was informed about the current jurisdiction, the Casino is the venue of the World Series of Poker. Caesars has not yet made any comments on the processes.

Ivey started off slowly at the WSOP 2019

Ivey is said to have won more than $ 26 million (about $ 23.5 million) in his career. In addition, he has repeatedly won millions of High-Stakes Cashgame tables, but these are not documented. However, the Casino has not yet been able to use any assets.

At the 50th edition of the World Series of Poker Ivey started relatively slowly. Good rankings were waiting for a long time, initially he rather disappointed at the following Events:

It was not until the $50,000 Poker Players Championship that he won the Chiplead. In the end, however, he was also rather unlucky here and left on Place 8 with a prize money of 124,410 dollars (112,648 euros). The 5-digit prize money, however, aroused Borgata’s interest for the first time.

Although the mini-tour of Ivey had not previously aroused the interest of the casino lawyers, but when there was a Chance of 7-digit amounts, they sent the reminder to the WSOP officials. On June 27, Klaus issued a warning, and on the same day Ivey retired from the tournament to eighth place.

For most of the experts in the Poker scene, it makes no sense that Ivey will be competing at all at tournaments in Nevada or in part throughout the United States. As long as the American Court of Justice ruled on February 2019, the losses of all profits are threatened. Therefore, many Fans must agree that the Star may no longer compete by the WSOP 2020.

Phil Ivey was the Tiger Woods, Diego Maradona or Hulk Hogan of the poker. He has been admitted to the Poker Hall of Fame. He won 10 major events of the World Series of Poker and thus 10 Bracelets (gold bracelets as prizes). Ivey is considered the most successful poker player in the world. The Edge Sorting scandal had severely damaged his Image. His professional career came to a halt and reporting was dominated by court proceedings.

In the end, it must be understood that the disputes over Edge Sorting at Baccarat Ivey have been immensely damaged. Certainly, he has received a lot of attention from the processes, but also could hardly concentrate on playing poker. At the moment, he has only suffered losses-in litigation against the Casino, at Poker, and now perhaps in financial terms, by confiscating winnings.