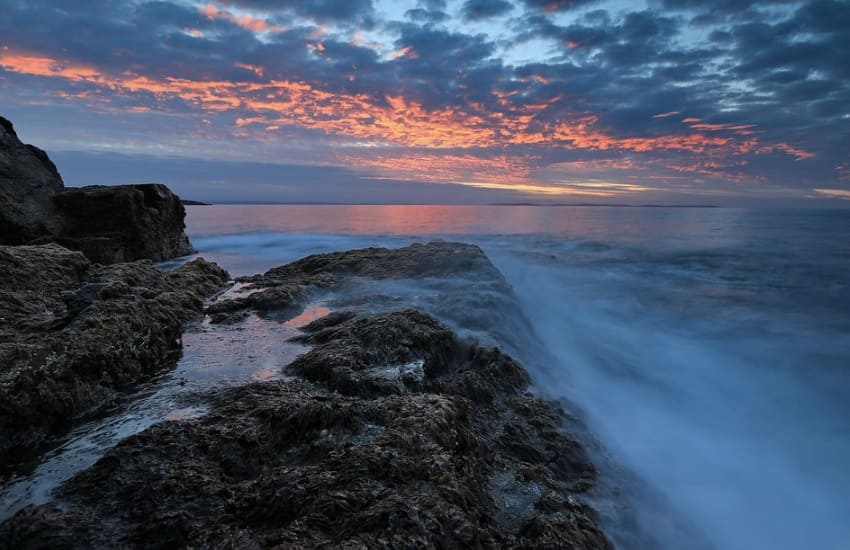 A cinema with spa and casino was auctioned off on the Shetland Islands last week. The site had been owned by a magician for 3 years. He was forced to leave the island for professional reasons, and his property was subsequently sold for a target price of £ 75,000.

The Shetland Islands belong to Scotland. It is a small group of islands in the North Sea and the North Atlantic. The archipelago includes more than 100 islands, the largest city is Lerwick on the island of Mainland.

On a small island 30 kilometers north-east of Mainland, the Welshman Chris Harris created a local attraction in 2016 that is now one of the TOP 5 attractions in Scotland. On the island of Out Skerries, he converted and revitalized the old schoolhouse.

A local attraction in Out Skerries must close

The Out Skerries are an archipelago that is attributed to the Shetland Islands. The population of the archipelago continues to be decimated. There are just 74 people living on the small islands. There are 50 inhabitants on Housay Island and 24 people on Bruray Island. The two main islands are connected by a bridge.

The islands are known for a rich bird life and a large variety of wild flowers. Out Skerries should also be known to divers as there are many shipwrecks off the coast.

In 2016, the Welsh magician and fire player Chris Harris set up Scotland’s smallest cinema in the old schoolhouse, where he repeatedly held cinema and casino evenings. The Schoolhouse Cinema, which came from the Odeon cinema in Manchester, had 20 seats. He had created a video to illustrate his cinema:

Small but nice – the equipment was important

If the cinema could only accommodate 20 people, a popcorn machine was a must. The films are shown in HD quality and there is Dolby Surround Sound.

But otherwise the magician tried to recreate a real event location. There is a sports studio in the garden, a whirlpool, a sauna, showers and a beach bar. The casino has roulette and blackjack tables. The latter comes from the Ritz Hotel in London. So he had offered the islanders a lot.

In an interview, Harris had told the Scottish press that he had created the cinema and all the other attractions to offer a wider range of leisure activities for Out Skerries residents and tourists.

Before he came to Out Skerries, there was no bar or cinema. In the evening or at night there were no locations before that the locals could go to. In addition, there was nothing in the rain that the islanders could do. At that time it was clear to Harris that Out Skerries needed a cinema:

I’ve always loved my films. When I bought the schoolhouse, I realized early on that it was a big house and I thought it would be a shame to only have lots of rooms. I have always noticed in life that when it gets a little difficult, there is nothing better than going to the cinema and escaping reality.

This is an incredible property that you have to see to appreciate. Chris’ attention to detail is exceptional and has created an excellent family home. You get so much for your money here and it is full of charm.

The magician had not only taken care of the attractions of his schoolhouse, but had restored the building from scratch. He himself said that he paid attention to important details in all rooms. For Chris Harris there was only one auction house that could ensure a good sale:

After selling the Carmelite monastery well above the target price last year, there was only one auction company for me. I have been very impressed with my business so far and would recommend anyone wanting to use Town and Country Property Auctions in Scotland.

There is a big obstacle. You can no longer reach the island by plane, you have to take the ferry from the main island of the Shetland Islands. Otherwise, the auction house was certain that it was the ultimate holiday home and that Airbnb could easily make £ 150 a day.

It is not yet known whether there was a prospect at the auction in Glasgow. In the latter case, there will probably be a second chance for the sale of the island cinema including casinos, tiki bar and spa.