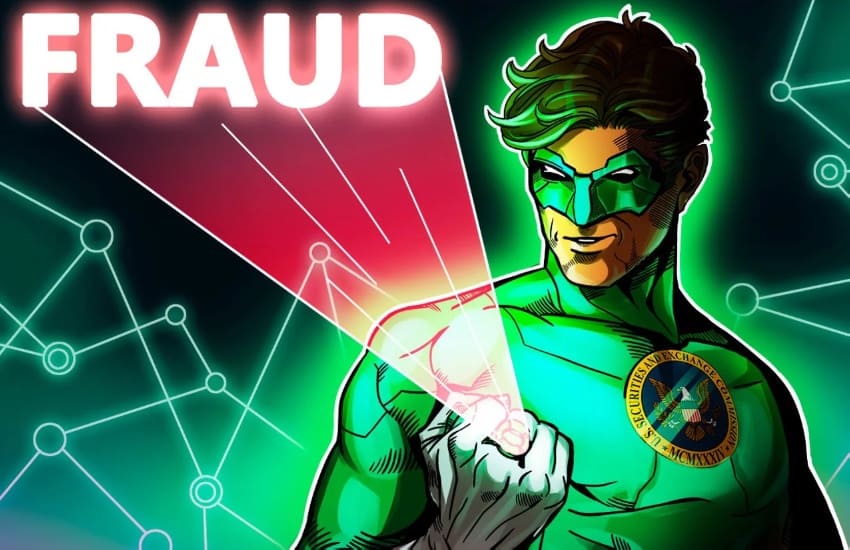 Managers spent the money on maintaining their lifestyle and gambled part of it at the Las Vegas casinos. Several major league baseball players are said to be among the defrauded investors.

John C. and Zach S. are between 25 and 30 years old and founded Zima Digital Assets in 2017. They have promised their investors great returns on their investments. They wanted to use the money to make various investments in the crypto and blockchain sector.

They are said to have received a total of 7.5 million US dollars from the investors. They invested the money in their luxurious lifestyle and gambling. The two company owners are currently in pre-trial detention and will have to answer for their actions in the foreseeable future.

How did the two businessmen cheat their investors by $ 7.5 million?

The court documents list more than 90 victims in the past 18 months. It is said to be primarily former professional players of the American baseball league and their families. Otherwise, seniors have also invested money. In the court records, for example, a 76-year-old man is noted who invested $ 200,000. Another man is 86 years old and gave the two of them $ 60,000 to invest. So far, however, no victims have been known by name in the media.

The company’s work areas are described on the website as follows:

The two managing directors stated that they have invested in long and short-term strategies using cryptocurrencies and blockchain technologies since 2012.

The court records, on the other hand, show that not even the slightest part of the money was invested in any funds. Investigators now refer to the fraud as a Ponzi scheme. The system is sometimes referred to as the snowball system, but this is not entirely correct. The fact is, however, that new customers’ contributions cover the profit distribution of existing customers. There must therefore be an exponential growth in the number of customers so that there is no collapse. In contrast to the pyramid scheme, the originator of the campaign is known in the Ponzi scheme. However, the source of the profit distribution is obscured.

The two Arizona men have advertised to clients with high returns and a relatively low risk through their investment strategy. With such a system, there is only a certain amount of payout of specified profits as long as enough new investors are won. In addition, one does not want to scare off potential new customers with negative publicity.

John C. gave himself the stage name “Kryp + 0 K! Ng”. He described himself as “Michael Jordan of algorithmic cryptocurrency trading”. On social media, he showed private jets, sports cars and other accessories for a luxurious lifestyle. Unfortunately, it is not known how exactly he enticed customers to invest. But it was probably a mixture of self-expression and the promise of high returns.

What really happened to the money?

Travel to exotic places, luxury cars and private jets. The money probably only went into the lifestyle of the two men. The private jets alone are said to have cost 350,000 US dollars each. The two men had multi-million dollar villas in the American cities of Paradise Valley and Scottsdale.

John C. is also said to have gambled $ 1,455,115 with his girlfriend at the MGM casinos in Las Vegas in just 13 months. Between August 12, 2018 and December 21, 2019, the couple are said to have lost the money at the gaming tables. The average stake per table was probably $ 5,000. The 28-year-old man is said to have spent a total of around 134 hours in the casinos, which would correspond to about five and a half days.

The result was arrest and indictment

John C. was arrested by the U.S. Secret Service on January 30, 2020. His accomplice was arrested the same day. John C. is already a convicted offender. In 2009, he was accused of blackmailing $ 200,000. Back then he had blackmailed his father and threatened a man to cut his hands and genitals if he didn’t get the money.

John C. had received 5 years probation for the incident. Since he violated the probation requirements several times, he had to go to prison for 3 years. After 20 months in prison, he was released and then set up the company with the website.

In the court files, the investigative authorities assume that he took the life of a full-time professional criminal.

He seems to think he has superior intelligence. His activities in prison show that he can organize complex coordination of people and resources. The details provided insight into criminal thinking at work.

The public prosecutor has fought to ensure that no bail can be made against John C. because the risk of escape is too great. Zach S. was also arrested. The man’s family is currently trying to hide from the journalists.

The charges were brought by the Arizona District Court. The two men are currently in custody and have not yet commented on the crimes. The trial date has not yet been set.