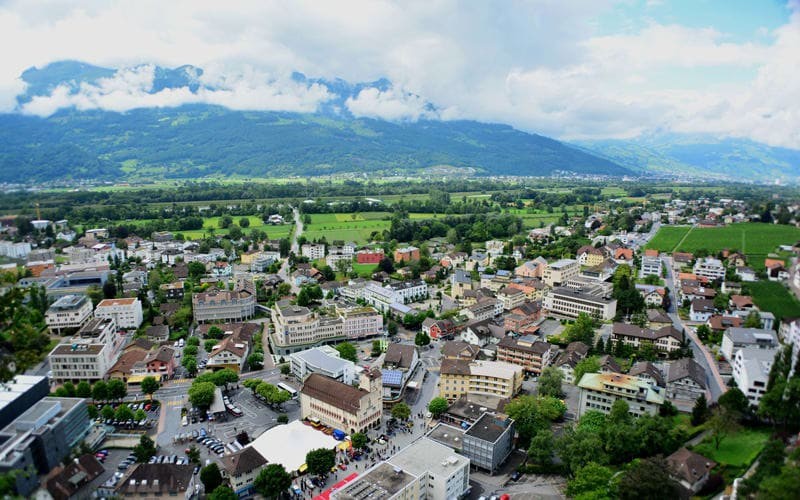 The operator sued the Palestinian authority before a Swiss Federal court – a concession until 2028 and payments of 1.46 billion dollars (1.3 billion euros) with interest in the space.

A company from Liechtenstein opened a Casino in 1998 in Jericho in the West Bank. In the days of relaxation, it was a real gold mine. Meanwhile, the conditions have changed.

In 1996, the Austrian entrepreneur Martin Schlaff (with his company Robert Placzek AG he was mainly known for the East trade with the GDR) had the idea of opening a Casino in the West Bank. It should be in Palestinian territory. At the end of the 1990s, the conflict between Palestinians and Israelis eased, better times seemed to be ahead of the two interest groups.

In addition, gambling is prohibited in Israel for religious reasons. Nevertheless, over the years many Israelis had the need for gambling in the form of Roulette or Blackjack. Especially as they were looking for investors for the Palestinian territories in a convulsive manner. The Casino Oasis was founded in Jericho on 15 September 1998. In addition to a refugee camp and just before miles of desert, the Casino was created with mirrored glass panes and a luxury hotel.

Who financed the construction of the casino in Jericho?

The businessman Martin Schlaff took the Austrian Bank Bawag on board to finance the new gaming paradise. Through a Foundation, he then received shares in the Casino. In addition, the gambling company Casinos Austria and a company of the Palestinian authorities were involved in the design.

Immediately after the opening in 1998, the guests came to Strömen. The Casino counted 2,000 to 3,000 guests a day. More than 1,800 employees had the casino throughout the complex. In comparison, one should mention here the most successful German casino in Berlin. Almost 5 employees work at 4 locations in the capital and an average of 1,500 guests attend the venues each year. The flow of visitors in Jericho was, therefore, significantly greater.

The daily turnover in Jericho is expected to have in the best times at 700,000 dollars (about 627,000 euros). The operating profit was probably 190 million dollars (about 170 million euros). The investors wanted to build a second Casino with Shops, Restaurants and a golf course for a further $ 300 million (€270 million). The beginning of the war, however, thwarted the plans.

Destruction during the Second Intifada

In 2000, the Casino ended up playing when a rocket from the Israeli army hit the casino. However, economic Ruin was initiated as the citizens of Israel were banned from entering the West Bank for security reasons. 95% of the guests could no longer come, the gold mine sealed. The Hotel was still open – it was only closed in 2012.

New edition was requested in 2012

In March 2012, the operator company had requested a new license for the operation of the casino and hotel. Meanwhile, however, the Palestinian Authority had adopted the laws of Jordan. In Jordan, however, gambling is prohibited. 1.5 years then nothing happened. The operator subsequently complained against the government in the West Bank. A Zurich-based arbitration court had to decide on the case. In 1996, man had contractually agreed to Zurich as the place of jurisdiction for legal disputes.

In addition, the Palestinian Authority should pay $ 1.46 billion (1.3 billion euros) including interest. The Palestinian Commercial Services Company, which is controlled by the authority, was involved in the proceedings.

The arbitration court ruled against the operator

The arbitration court in Zurich rejected the claim. The reason for this was the current ban on gambling in the Palestinian territory. It was also mentioned in the 1996 treaty that acts of other states and war are excluded from liability.

The actual casino operator based in Liechtenstein does not wish to acknowledge this award. The Swiss Federal Court had annulled the arbitration decision because it had not been examined whether the award of a separate hotel licence was not permitted. The arbitration court has assumed that the gambling and hotel licence will be awarded as a package.

The Zurich referees issued a new judgment in mid-July 2019. However, it was not checked again, whether one should assign a separate hotel license. As a result, the operators passed the arbitration award on to the federal court, which again withdrew the judgment. The federal court ruled that the arbitral tribunal had overturned the decision to refute the federal court.

The cost of 160,000 Swiss francs (approximately 145,500 euros) for the new procedure has to be borne by the Palestinian Commercial Services Company. The arbitral tribunal shall therefore issue a judgment for the third time.

As a result, some proceedings against Management were conducted. In some cases, they had to be held responsible for infidelity and balance sheet falsification. During the process it was also found out that Bawag had upgraded its stake in Oasis Casino from 5 million to 120 million euros, even though the Casino was closed. This should cover losses in other areas.

The billionaire Martin Schlaff, who had the idea for the Casino, was repeatedly accused of smearing Israeli politicians. It is suspected that the allegations are related to the Casino in Jericho. He was accused in the past of having transferred $ 4.5 million to the Sharon family. Officially, the accusation was not confirmed. His father was buried in Israel in 2010. Schlaff was not present because the police had announced to interrogate him upon entry. The billionaire did not stand up, but rejected all allegations. The procedure has now been suspended.

Oasis Casino has been closed in Jericho for 18 years. It seems like it’s never opening the gates again. What the operators are trying to do with the dispute remains questionable.