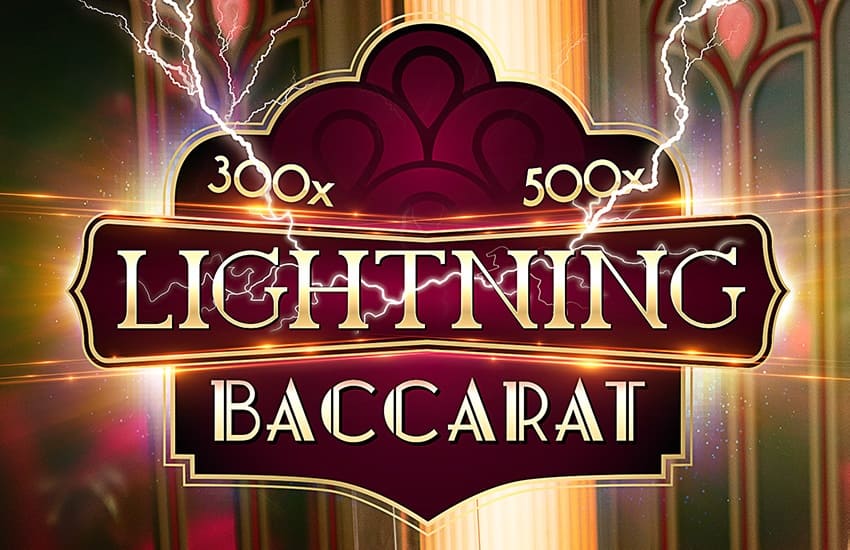 Evolution Gaming keeps trying to develop new live casino games and keep the market leader among the live casino providers. After Lightning Roulette and Lightning Dice, Lightning Baccarat has now also been brought into online casinos. We tried it once and describe my experience playing the game.

How do you play Lightning Baccarat?

You don’t play Lightning Baccarat differently than normal Baccarat. However, 20% of the actual stake is always calculated as a Lightning side bet. The goal of the actual game is still to predict whether the player’s or banker’s hand will most closely match 9.

The croupier has 8 standard card decks with 52 cards available. He hands out the cards after completing the bets (on players, bankers, draws or side bets). The value of the cards remains unchanged. Payment cards 2 to 9 count according to their respective values. Aces are the lowest cards with a value of 1. Face cards (Queen, King and Jack) and all tens are of no value.

The cards placed are added together regardless of the color. The winner is the one who comes closest to 9 in the end. If you have more than 10 with the cards received, you count from the beginning.

The player and the bank are always dealt two cards. The player draws a third card if the values ​​of the two cards are 0 to 5 points. From a value of 6, the player passes. The banker moves after the player. The banker does not draw if he has an 8 or 9. If he has a 0 to 3, he definitely draws a third card. Between the values ​​4 and 6 it depends on the player’s last card (the picture shows the exact rules for the banker’s playing behavior).

20% of the stake is added to the total stake for a round as a lightning bet. If you bet € 5, the flash bet is € 1. During the Blitz round, one to five of 52 cards are drawn from a virtual stack. The flash cards are then randomly provided with the flash multipliers 2x, 3x, 4x, 5x or 8x.

Usually banker and player winnings are paid out 1: 1. With the banker, however, you have to keep in mind that you only get back 95% of the stake. The bank keeps the rest as a commission. The tie will be paid 5: 1. The following new payouts result from the lightning operations:

The best possible theoretical payout ratio for Lightning Baccarat is 98.76%.

Our experience with Lightning Baccarat

We had only tested Lightning Baccarat briefly. We don’t find normal baccarat card games particularly appealing. In the new version, there is a virtual drawing of the flash cards between use and handing out the cards. The lap is only slightly longer. We played a few rounds at CasinoEuro. At first, the lightning rounds didn’t do much. Then We had 3 lightning winning rounds in a row.