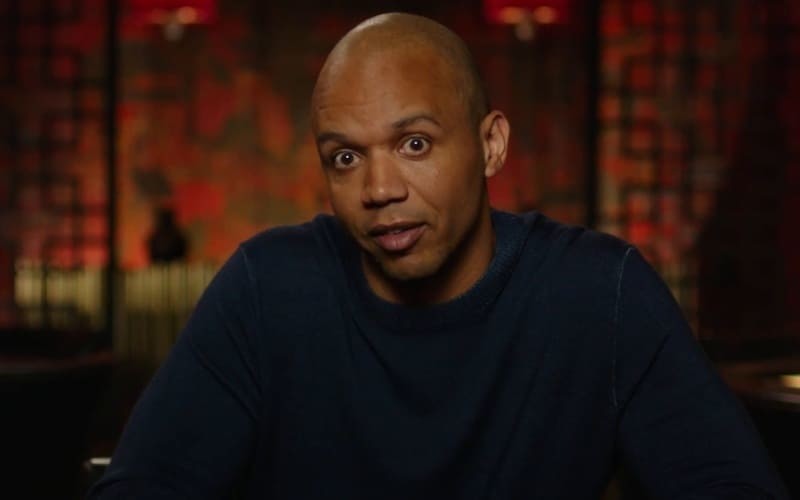 Phil Ivey is considered one of the greatest players in the history of Poker. He has received several Bracelets as the winner of the Main Events of the World Series of Poker. His Tricks he allegedly reveals now on MasterClass in various Videos.

The poker legend had hardly played Poker in recent years, but mainly made a stir by the Edge Sorting Baccarat scandal. Casinos in London and Las Vegas had refused to pay out because the poker star was supposed to have cheated on playing. Ivey has lost with his partner Cheung Yin “Kelly” Sun before the American and British courts – a payout of the profits will not take place.

Although he is now playing Poker again, perhaps the crowd around his Person and the lack of income are reasons for him to be present at the MasterClass project. Especially after Borgata tried to confiscate his WSOP winnings in Las Vegas.

What is a MasterClass?

The platform MasterClass describes itself as an immersive Online experience that aims to provide access to the Elite of athletes, businessmen, actors, producers and many more people. Natalie Portman, Howard Schultz, David Lynch and Gordon Ramsey are among the prominent “lecturers”.

David Rogier and Aaron Rasmussen have developed the concepts. In the past, there were interactive courses where participants met each other or used Skype. The two courses were led by Dustin Hoffman and Kevin Spacey. They were taken down in 2017, however, because there were allegations of sexual harassment against both actors.

When I have children, and you will see one day this course, I want you to see my growth as a Person and as a poker player, and the lessons I’ve learned in life, how I coped, what I learned as a poker player and on my life did.

For Fans, the course will open up some new perspectives. As already mentioned, you should be familiar with the basic terms of the poker and be able to understand the English language well. There are no subtitles.

Matthias had looked at some lessons once, but understandably did not find the course really exciting, since he had no touches to Poker so far. So, it’s rather something for Fans of the legend and poker player.

Many poker fans will surely be happy to see Ivey as a “teacher”. He keeps talking about his poker experiences. In total, he talks about 3 hours of Tricks and tips that every Poker Fan will like. He gives 11 lessons that divide as follows:

At this point it should be mentioned, that it is actually only 9 correct learning lessons. The first and last hour should be seen rather as an introduction and a conclusion. Hardly any relevant game information is offered.

It’s all about No Limit Texas Hold’em throughout the course, with a few general Poker tips and strategies being addressed. Players who have already gained several experience in the field of Poker will not experience so much new. But there are insights into the personality of Ivey, which may also be interesting for some players.

It started relatively simple, with 3 instructors in 2015. In the meantime, has more than 50 courses and more than 1,000 hours of Material. In April 2018, they even made sure that all Videos can also be accessed from mobile devices.

They went beyond writing, sports and cooking. Since 2019, courses on politics, economics and the Design of video games have been offered.

How are MasterClass courses structured?

MasterClass produces Online courses with well-known personalities representing their respective fields of expertise. Each class has video lessons, assignments, worksheets (PDF) and part of the Interview-Sessions with the “teachers”. Usually, between 10 and 25 Videos are offered per course, which provide a total of between 2 and 5 hours of video.

How much does MasterClass cost?

The price structure of the portal is relatively simple. 100 € costs one class per year. For 200€ per year you get access to all courses. So if you are interested in several courses, the complete annual subscription is worth it. It’s a great app, but it doesn’t work at all.

The cancellation can be made simply in the profile at the touch of a button. This is a very advanced area. In addition, there is a 30 day Money Back Guarantee in case you are dissatisfied.

When was the course produced with Ivey?

The Videos must have been recorded last year. In one of the Videos he states that he has played a certain poker hand “this year at the World Series of Poker”. This set of it plays on participation at the WSOP 2018. He also states that he is 41 years old. Ivey was 42 years old in February 2019. Thus, the indications for the year of creation are quite clear.

Certainly, the processing of the Kure needs a certain amount of time, but MasterClass will certainly not have published the new course for no reason in the time of the World Series of Poker 2019 (from 28 May 2019 to 16 July 2019).

What is Ivey’s Intention for his course?

Before his actual lesson goes lost, Ivey explains in a short Video why he works with MasterClass. He says, among other things:

I’m happy to do this because I think Poker deserves it … The game gave me so much, an amazing life … This is an incredible opportunity for me to give something back to the game and help some players ascend.

In the first session he talks about his beginnings in the field of Poker, tells how for him everything has started with simple poker rooms in Atlantic City. He is said to have played as a minor 7 Card Stud with stakes of 1 to 3 dollars.

Otherwise, however, it is aimed at a client who is already able to play Poker. Basics are not explained-You have to know the most important terms. Strategies behind the game, however, are very well illustrated both in the Video and by the worksheets (as PDF).

How are the hours of poker legend built?

Ivey speaks mostly about the basic ideas or strategies he wants to convey. For this purpose, various tables and fictitious example hands are used. At this stage, there are repeated displays of animated tables and Strategy Tables for Poker.

The game style is underlined by excerpts of poker tournaments in which Ivey played. The legend explains his thoughts during the game and how he then perceived the thoughts of the other players. In some cases, there are overlays to support the display.

Famous hands such as the” Mucked Winning Flush “at the WSOP Main Event 2009 and the” Paul Jackson Hand ” of the Monte Carlo Millions 2005 will be shown and discussed.

In part Ivey is supposed to offer” Office Hours”, where you can get in touch with the legend. It should not be possible until you have reached a certain Level. I have not seen anything of such an offer yet.

A few examples from the courses

So far, however, one of the most interesting and funniest statements of Ivey for me:

I’m not trying to intimidate anyone. I just play. If the others want to be intimidated, this is their choice. That’s not my goal. I’m just trying to do the best possible Job. I don’t think about creating a table image while playing. This happens naturally. […] Intimidation comes through your history […] You can’t sit at a table where no-one knows, and try to intimidate […] Your game should speak for itself.

Since I think that maybe some users want to watch the lessons, I do not want to spoiler too much. Therefore, I summarize only 3 interesting advice, which he gives in the 11 lessons so:

It remains to be seen what effects his statements have. Maybe more people download an app for Poker notes. Perhaps the tables in Online poker rooms are also more frequented. Maybe it has no effect at all.

What remains of the course

I’m sure you won’t become a Poker professional through a MasterClass course like this. As Ivey says himself, you have to play and make your own mistakes. The poker star speaks openly about its own mistakes, and ends the course with the right inspiring words:

When I have children, and you will see one day this course, I want you to see my growth as a Person and as a poker player, and the lessons I’ve learned in life, how I coped, what I learned as a poker player and on my life did.

For Fans, the course will open up some new perspectives. As already mentioned, you should be familiar with the basic terms of the poker and be able to understand the English language well. There are no subtitles.

Matthias had looked at some lessons once, but understandably did not find the course really exciting, since he had no touches to Poker so far. So, it’s rather something for Fans and poker players.