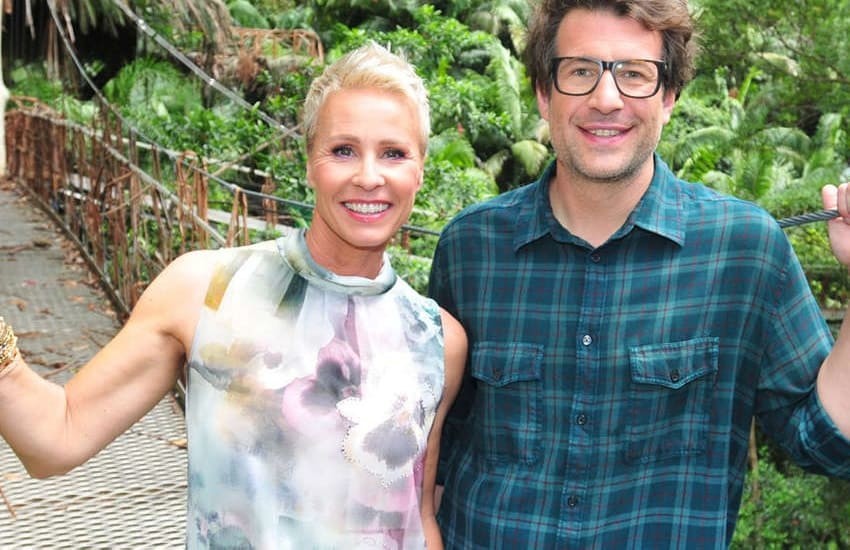 We are trying to give the most important background information about the new season of “I am a star – Get me out of here”.

The jungle fever is spreading again. Despite the forest fires in Australia, the TV broadcaster RTL sends 12 C to Z celebrities into the jungle to amuse viewers. The question of who can conquer the jungle throne this time is of course of great importance again. Here I try to introduce the different celebrities first. I am also trying to provide up-to-date information about changes in the new season and some tips about the star fees.

It is a gossip article about one of the greatest abysses in humanity. Very emotional users who tend to overreact quickly and do not like the jungle camp itself should not read on! For all other members of the community, here is the most important information about “I am a star – Get me out of here!” 2020.

Season 14 of “I’m a Star – Get Me Out of Here!” Starts on January 10th. Once again, 12 celebrities have found themselves who want to take various exams in the jungle of Australia and live in the simplest way, in order to eventually become the jungle king. The following table briefly provides information about the new jungle stars:

In order to get more information about the different celebrities, I would like to introduce the different stars in more detail in the following paragraphs.

The singer Michael Wendler (actually Michael Norberg) had Claudia married in 2009. The civil wedding took place on Sylt, the church wedding on Mallorca. In 2016 Wendler moved to Cape Coral, Florida with his wife and daughter. Wendler announced the separation from his wife two years later. Wendler has had a relationship with Laura Sophie Müller, 28 years his junior, since autumn 2018. In the “Summer House of Stars 2019”, the unequal couple had attracted a lot of attention.

Claudia Norberg currently seems to see the chance through the jungle camp to finally step out of her husband’s shadow. There were gossip discussions in advance. 19-year-old school dropout Laura Sophie Müller was also invited to the jungle camp. However, Michael Wendler (who participated in the jungle camp in 2014) spoke a clear word of power via Instagram and announced that his new girlfriend would not be participating in the jungle camp. This was followed by her official rejection. A bit of the tension has been removed from the show, since the two “Wendler women” will not meet now.

In the meantime, Daniela is said to have opened the Fanteria on Mallorca, so that in 2020 she also has time for the jungle camp. Very emotional memories of her deceased husband can also be expected in the jungle camp.

Raúl Richter – swarm of women in the jungle

Raúl Richter became a star with the soap opera “Gute Zeiten, Bad Zeiten”. He was seen as Dominik Gundlach in December 2007. In 2014 he ended his career at GZSZ, his serial figure died. In 2010 the series star had participated in Let’s Dance. In 2019 he was at the Karl May Games in Bad Segeberg. It is assumed that the participation in the jungle camp was mainly due to the rather high fee of 110,000 euros, at least the Bild newspaper is convinced.

In 2004 Ottke ceded an unbeaten world champion after beating Armand Krajnc and ended his career in the Magdeburg ring.

The boxer could be a secret favorite. Among other things, he wants to donate his entire fee to a good cause, which will give him plus points with the viewers.

Günther Krause is the first politician to move into the jungle camp. From 1991 to 1993, the CDU politician was Federal Minister of Transport. He was responsible for the drafting of the unification treaties during the turnaround and caused a stir with some media affairs. The politician wants to “hold high-quality discussions” in the jungle. But with whom?

Prince Damien was born in South Africa. The mother came from Johannesburg, the father is catering manager on cruise ships and actually comes from Bavaria. After the mother’s death in 1991, the family moved to Munich. In 2011, after graduating from high school, he began studying music production and sound engineering at the “Deutsche POP” academy in Munich. During this time he also started with the band “Hip-Hop Trio B-Cool” (which later became “Absolut Raw”). In 2013 he graduated, the band broke up.

In 2015 he participated in the British casting show “The X-Factor” and came to the boot camp. In 2016 he was on the casting show “Deutschland sucht den Superstar”. He received a “golden CD” from juror Michelle, which immediately led to the recall to Jamaica.

In the final show on May 7th in Düsseldorf, he secured the prize money of 500,000 euros and a record deal with Universal Music.

Elena Miras’ career began in 2017 on “Love Island – Hot Flirts and True Love”. There she met her current partner Mike, with whom she now has a child. This has already brought Hater on to the plan, which they have described on social media as the “raven mother” because she leaves her 1-year-old child alone with her boyfriend. In the “Summer House of the Stars 2019” she convinced with screaming attacks and freaking out – with her friend Mike Heiter she was able to win the show. The spirited Swiss woman supposedly wants to go to the jungle so that she can face her fears. Let’s see what happens.

Jungle candidate Anastasiya Avilova has already dropped the covers for the Playboy. The 31-year-old model was last seen on the show “Temptation Island”. After that she started a relationship with Ennesto Monté, which quickly failed. Her ex also tried to take part in the jungle camp, but could not prevail. The bisexual Ukrainian is said to provide the right pinch of “nudity” in the camp.

Markus Reinecke appears on the RTL show “The Super Dealers” as if he had stopped in the 70s. Bell bottoms and a hippie look characterize the 50-year-old. Incidentally, he also has a passion for collecting. The antiques dealer in Wesseln (Bad Salzdetfurth) has had a shop since 2002. It remains questionable what the trained management graduate wants to collect in Australia.

In 2017 Marco Cerullo fought for the Bachelorette Jessica Paszka. He was not lucky. The vehicle painter from Koblenz met Christina Grass in October 2019 at “Bachelor in Paradise”. Since then, the two have been a couple. The actual family planning has to wait until after the jungle camp. Most experts are already wondering which Playmate the Womanizer could use.

Who will have the best chance of the jungle throne in 2020?

You can also bet on the Jungle King 2020 with some betting providers in the area of ​​”entertainment” or “other”. Interwetten or bwin, for example, offer bets for the jungle throne. At 7:00 p.m. on January 7, the odds at bwin were as follows:

The tabloid press sees Sonja Kirchberger as a favorite, but Elena Miras also has a good chance by winning the “Summer House of Stars”. Otherwise, Prince Damien has already shown on DSDS that he can be “winner of the heart”. Raúl Richter could perhaps shine through his GZSZ fan community.

At the 2019 jungle camp, Evelyn Burdecki was able to prevail, which the betting providers had also suspected in advance. But will they be right this time with the favorite Prince Damien?

A survey by the GambleJoe team showed that Counter would bet on Elena Miras. The freak had already brought her victory on a TV show. I have to admit that I would not bet on such TV events. First, I don’t even know half of the participants from seeing. Second, I’m definitely not going to watch the show. If, as with horse betting, I only go by name and odds, I would bet on Raúl Richter. Matthias, who immediately gave the right tip last year, would bet on Prince Damien, after all, he knows how to win the hearts of viewers. Caro is supposedly not a fan of the jungle camp, but relies on Marco Cerullo, since it is at least a “pretty” one.

What are the fees for the 2020 jungle camp candidates?

There is currently a lot of discussion about the fees of the individual participants. Simon Stosic is, among others, manager of Tatjana Gsell, Honey and Matthias Mangiapane. He already had stars in the jungle camp and gave his estimates of the stars’ fees. Alongside Sven Ottke and Raúl Richter, Sonja Kirchberger is probably one of the top earners.

When will the jungle camp be broadcast?

Reporting on the jungle camp is already in full swing. From January 10, 2020, it will start at 9:15 p.m. at the latest with the first summary on RTL. On the following days you can see the summaries of the day on 10.15 p.m. on RTL.

What will change in the jungle camp in 2020?

Due to the current situation in Australia with the forest fires, there were initially changes in the British version of the jungle camp and now innovations in the German version have also become known.

The creators of the program see no danger to the residents of the camp from the forest fires. Things are different with Dr. Bob and his team. Therefore, there are two alarm systems with sirens and horn, which should warn everyone in the camp of fires. There were already safety instructions on what to do in the event of a fire.

Smokers are now only allowed to smoke in the center of the camp. The team boss is the only one who has a special lighter, which has been released by the security forces. The cigarette ends must also be squeezed out and collected in a lockable box.

There will be no camp fire in 2020. Candles are also taboo. Although the location is about 100 kilometers from the bush fires, you don’t want to take any chances. A spokesman for RTL described the situation as follows:

We are closely following the dramatic situation in Australia. The area on which the jungle camp in Australia is located is not affected by the bush fires. It is also almost impossible that the fires can reach the area of the jungle camp.

The campfire and the night watch were one of the most important features of the program, since the “most interesting discussions” were held there. It remains to be seen how the makers want to bring excitement back to the show. The stars will use a gas burner to cook.

Conclusion: There will be a jungle camp again in 2020

Why the jungle camp has not yet been sold as a format will never be clear to me. Apparently they are interested in many people for the disgust exams in Australia. In any case, there will again be a lot of discussions about the meaningfulness of the show. Perhaps the first politician in the camp will fuel the discussions even more. Anyway, I wish all fans a lot of fun watching the show – it’s not my world at all.