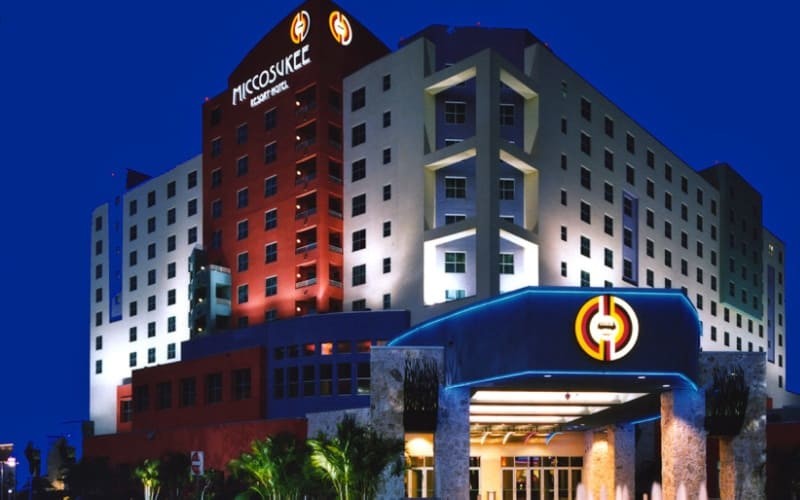 The U.S. Attorney’s office for the Southern District of Florida is currently preparing an indictment against former employees of Miccosukee Resort & Gaming. The employees had manipulated slot machines to create fake withdrawal vouchers.

Four former employees of the Miccosukee tribe in West Miami-Dade are accused of manipulating slot machines in order to falsify withdrawal vouchers for the Slots. They were exchanged for cash, according to the indictment in the Gambling Hall. They had also exchanged some receipts at the cashier for cash.

The prosecution’s indictment of 16 July 2019 probably includes 63 charges in which, among other things, computer fraud, embezzlement, money laundering and false statements to the law enforcement authorities.

According to the competent authorities, the fraud was carried out from 29 January 2011 to 27 May 2015. In total, the scammers are expected to have won 5.3 million dollars (4.7 million euros). In addition to the four employees, there were probably four more people involved.

How did the Casino fraudsters?

Detailed details about the procedure were not known, but after all, you read again and again, that the fraudsters have manipulated the money players probably with a wire. The wire was connected to the slot machine, the other part was connected with a device for the detection of coins was responsible. So you could record a wrong coin stand in the slot machine.

When the balance of the machines was high enough, you simply pressed the button for withdrawals. You have then received a withdrawal form, which you can then withdraw from the cashier or at one of the machines.

The four former employees had done at the slot machines after the payout probably a Hard Reset to the machines. Thus, any signs of Manipulation should be erased.

What happened to the money?

The police Department got help from the FBI and the local Miccosukee police. By working together, it has been found that the Casino scammers have used the illegal profits to buy houses, investment properties and vehicles. In part, they also financed the higher education of their children.

The authorities are trying to come back to the assets, in part, the children are also forced to go to the University of Phoenix.

The purchased real estate is to be seized once. The following list is available from the prosecution:

Small excursion to the Miccosukee Tribe of Indians of Florida

The Miccosukee Tribe of Indians of Florida (also Miccosukee or Mikasuki) is one of three officially recognized native American tribes that live in Florida.

The tribe itself was formerly part of the Chiaha and populated the upper Tennessee River in today’S U.S. State of Georgia. They later stopped in North Carolina until they moved to northern Florida at the end of the 18th century. There, there should have been close contacts with the tribe of the Creek and other peoples, which then became the tribe of the Seminoles. In the 1950s, the ethnic group of the Seminole formed two groups Seminole Tribe of Florida and the Miccosukee Tribe of Florida. In 1958, the Mikasuki were officially recognized.

The tribe currently has around 650 members. You have your own police and tribal administration. Man operates a luxurious Casino and a golf Club in Miami. With the Miccosukee Indian Village a Museum was created for the tribe, their art, culture and everyday objects of the people.

As soon as there is more recent evidence of the case and penalties for the former casino workers or their accomplices are established, I will mention these here.