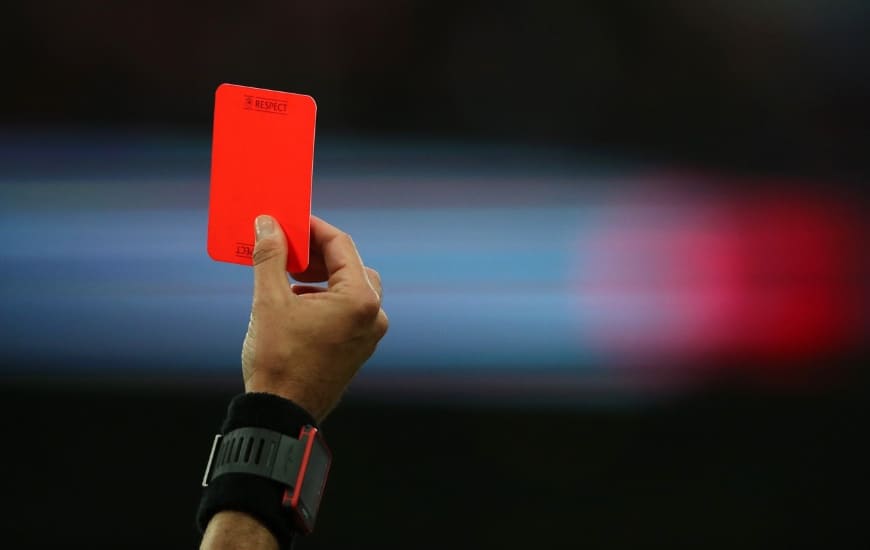 Hundreds of footballers from across the UK league want to take legal action against a number of companies that use personal data. Among other things, betting data providers are affected, who charge fees for the use of performance and recording data.

Several footballers in England are currently taking legal action against the use of their personal data by various companies. The case could have far-reaching effects on the collection and use of player data for betting markets.

Observers believe that the potential legal Steps can be worth several “hundreds of millions of pounds” to plaintiffs. Russell Slade represents the players with his company Global Sports Data. He initiated the legal steps under the “Red Card” project. The law firm Freeths was hired to represent the players. The independent data consultancy Elias Partnership is acting in a supporting role.

The defendants have not yet been named

So far it is unclear who the lawsuit will be addressed to. Elias Partnership director Richard Dutton sees sports betting companies as “potential targets”. The background is that the sports data collection companies sell their services and data to sports betting providers, but the players are not compensated for using their personal performance data. This meant they could claim an income loss that goes back six years. Dutton explained the reasons for the procedure as follows:

It’s about the performance and tracking data that we claim the companies don’t have the player’s approval for. So it’s about the rights of the players. Nobody owns their data, but we have rights to use them, especially under the GDPR, but also, for example, under the 2018 Data Protection Act.

In his remarks, he made it clear that those responsible are interested in companies that benefit from the use of the data. The ownership of the information itself does not play a major role for him. He believes that even if the data might be publicly available, it shouldn’t mean there might be potential for sale. He therefore continued:

There is nothing wrong with taking notes about a player for your own benefit. So many players are scouted out. The problem here is that organizations collect all of this data about the players and then sell it without their consent. It’s not OK.

Problem hits the nerve of the player

In the meantime, more than 400 current and former players from the British leagues are said to have signed up for the project. Those responsible for the project say that hundreds of players have expressed their interest. Therefore, one is certain that the “Red Card” project could ultimately represent more than 1,000 players.

It is about an amount in dispute that could amount to “hundreds of millions of pounds”. Then you would also indict a number of companies outside the betting industry.

Sports data is of great value to companies

Increasing attention is paid to the commercial value of personal data. This could also have a major impact on the future of data rights. In the recent past, data rights have been taken more and more seriously. In 2019, customers had brought a class action lawsuit against British Airways. Personal data was stolen from the company in a data breach. The customers were able to claim compensation in court. Thus, the courts recognize the commercial value of personal data.

In the UK football league, the rights to collect match statistics are sold by the leagues. Stats Perform has held betting data rights for the Premier League since 2013.

BetGenius’ Genius Sports brand is currently providing data for the Premier League, English Football League and Scottish Professional Football League. They sell the information to the various sports betting providers for betting purposes. Since 2013, they had had exclusive rights to distribute the data from Stats Perform.

The agreement, which includes the English Premier League, would allow Stats Perform to sell detailed data to media, fantasy, broadcast and professional teams around the world.

The scramble for exclusive deals to collect and disseminate sports betting data shows once again that this is a large market. The various companies try everything to position them as well as possible in the respective markets.

So it’s not surprising that gamers want a stake in their data when others are making money selling it. It remains to be seen when the case will actually end up in the courts and what amount it will ultimately be about. It could definitely change the betting landscape across Europe if the sports betting providers had to spend more money on receiving the data – customers would be most likely to notice it from the odds of the individual games.