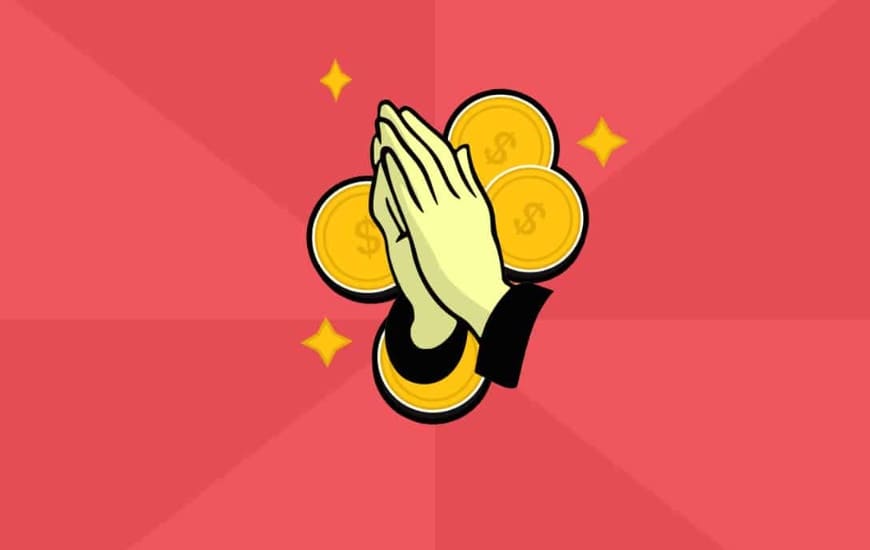 In gamers you keep seeing rituals, actions or ideas that they hope will be more lucky when playing. In this article I would like to provide some background information on the phenomenon of superstition and show what players do to achieve better results with their rituals in gambling.

In 2015, the Gothaer insurance company commissioned the polling company Forsa to conduct a survey on the subject of superstition. More than 1,000 Germans were questioned on the topic in the representative survey. The result was that around 29% of respondents described themselves as superstitious. Women were a little more superstitious than men. In terms of age groups, it was noticeable that younger people (between 18 and 29 years of age) are more prone to superstition than people over 60 years of age.

Unfortunately, there are no statistics on players who are superstitious. But the superstitious people surveyed avoid the number 13, do not celebrate birthdays, or knock on wood when misfortune is spoken. Among the talismans, jewelry, guardian angels or cuddly toys are particularly popular with people.

If you look around gambling halls or casinos, you will find many different patterns of behavior from players hoping to get a little more luck. Some people cover the slot machine screen with their hand when two scatters have entered and they are waiting for the third. Other players turn away from the slot machine on free spins. Some players always light a cigarette with bonus features. The range of rituals is therefore immense. I would like to describe the funniest and most interesting ideas in the article. So you know what to look out for the next time you visit the best online casinos and maybe even have a little more luck.

The word “superstition” has been known since the 12th century. It was used to translate the Latin word “superstitio”. At that time it was used to denote a misconception that deviated from the norm. This mistaken belief was not in accordance with the teachings of the Catholic Church. In the 16th century the term became more general and was also used to denote heretics. In the 19th century there was a positive reinterpretation in the course of Romanticism, so that it became a kind of “popular belief”.

Why are we superstitious?

Behind most superstitious rituals there is an archaic method in our brains by which we try to understand the world.

In 1948 the American psychologist Burrhus F. Skinner found out that even pigeons can develop superstition. He had locked the pigeons in a box and fed them food at irregular intervals. He could watch the animals develop repetitive rituals in the form of dances or movements. Apparently the rituals were supposed to make the reward quicker.

In the 1980s, scientists at the University of Kansas were doing research with 3- to 6-year-old children using a similar experimental setup. There 75% of the participants showed a development of rituals. Psychologists from Tokyo University had carried out similar experiments on students. The results were similar.

The evaluation of all studies showed that:

The psychologist Seymour Epstein put forward the simplified theory that our brain uses different systems to explain the world. First of all, there would be an intuitive experience system. It would have helped people in the course of evolution to quickly recognize patterns or relationships. Emotions play a major role, which means that dangers can be recognized quickly and problems avoided. There is also a logical system for abstract thinking and logical reasoning. The logical system would take more time to process. Most researchers see the development of various systems for processing the influences as the most important achievement of human evolution. This gives you the chance to recognize chains of effects behind all phenomena in order to secure the future and protect yourself from dangers.

Behind the superstitious practices is the desire to banish the unknown or threatening or to get more happiness. Our intuitive experience system links our own actions with positive events, some of which have nothing in common.

At Esqueleto Explosivo, when a big win comes when the song of the skulls is sung along, the player thinks that his singing was the reason for the win. If it doesn’t work next time, he made a mistake singing. Use, pitch – a lot can be done wrong.

In the course of time, many rituals and rules of action have emerged that are anchored in society as a kind of “popular belief”.

What should bring bad luck when playing?

There are a number of behaviors that are designed to produce poor results when gambling. While the practices don’t affect the outcome, it doesn’t hurt to mention them. Especially since some actions in everyday life can perhaps help to avoid problems.

What should bring luck when playing?

The Chinese Macau is one of the most important gambling metropolises in the world. In addition to Las Vegas, it is one of the most famous gamblers’ paradises. It is hardly surprising that there are also reports from the Asian metropolis about the superstitions of the players.

According to the Chinese conception, the following practices are supposed to bring bad luck:

Entering the casino through the main entrance. If the entrance is an animal’s mouth, it is said to bring even more misfortune. In 1993 the MGM Grand Casino in Las Vegas had the idea to design the entrance as a snapdragon. From 1997, however, they wanted to attract Asian players again and then rebuilt the entrance.

Goddesses of luck and the holy Corona

Worshiping or calling on gods can also bring good luck. The Roman Fortuna and the Greek Tyche might be known. In Hinduism, gambling is partially allowed during the festival of Diwali. In this case, the goddess Lakshmi Puja can give luck and money.

In Christian tradition there is the holy Corona (or also called Stephana), which is said to have lived between 160 and 177 in Syria or Egypt. Corona is said to have died a martyr’s death during the persecution of Christians at the age of 16. She was executed because she is said to have comforted the soldier Victor of Siena, who was also canonized. It was probably tied between two bent palm trees and torn by them. The feast day of the holy Corona is May 14th. She is considered the patron saint of money, butchers and treasure hunters. She is especially venerated in Austria and Eastern Bavaria.

Prayers can always help with gambling. Maybe you have at least a few people to talk to, with whom you can find comfort. However, there is no guarantee of a helping hand when gambling.

Conclusion: Funny ideas, but no effect

In all rituals, we hope for a positive turn in gambling. But even if we convince ourselves of the effect of the actions, they do not affect the outcome. Nevertheless, there are whole lists of good luck and bad luck rules.

What about with you? Are you superstitious? Do you have any special rituals? Write it in the comments.