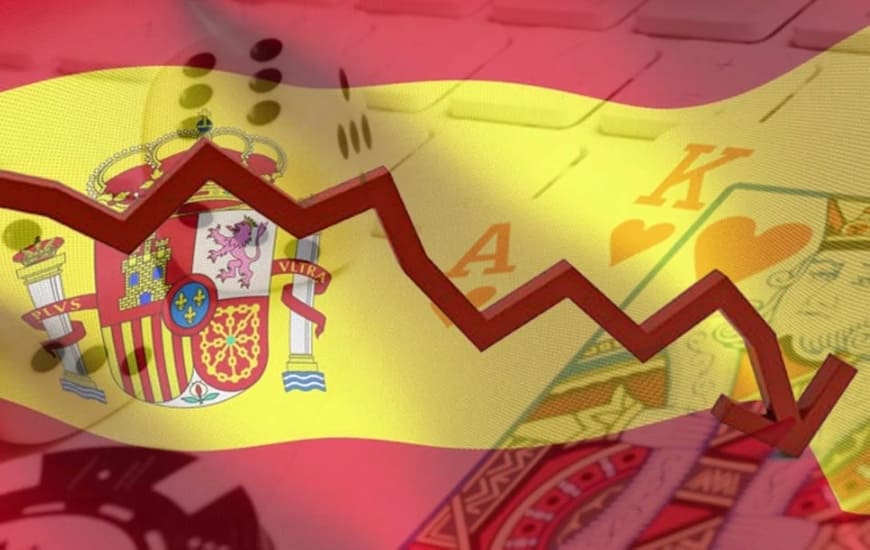 Online gambling is permitted in Spain subject to certain conditions. Spain has its own license for online casinos. The regulatory authority wants to tighten the restrictions on advertising for providers. In some cases, companies should only be allowed to advertise for a few hours at night.

The Spanish gaming regulatory authority Dirección General de Ordenación del Juego (DGOJ) plans to tighten advertising restrictions for online gaming. The head of the Spanish regulatory authority discussed the new measures in an interview with the local media company El Diario. In addition to the reduction to a five-hour night window for online gambling advertising, sponsorships for sports should also be prohibited.

At the beginning of July 2020, the Spanish Ministry of Consumer Affairs then submitted the latest draft on gambling advertising to the European Commission for approval. The new requirements are stricter than the pandemic limits that were lifted in June 2020.

Mikel Arana has been head of the Spanish gaming regulator since May 2020. He believes Spain suffered from excessive gambling advertising before the COVID-19 lockdown. In the meantime, the majority of Spaniards would be convinced that the advertising volume of online gambling providers was “a real exaggeration” compared to the desire for gambling.

The new design therefore speaks of an advertising window from 1 a.m. to 5 a.m. for gambling advertising on TV, radio and online video platforms. These restrictions are not expected to apply to the state SELAE lottery business, which can continue to market its brand as long as references to certain lottery products are avoided.

It is also planned that welcome bonuses from online casinos and sports betting providers will be completely canceled. As early as February 2020, there were plans to limit the welcome bonus to € 100. In addition, the providers should no longer be allowed to advertise.

Bonuses should not go away completely when gambling. However, a player must have had an account for more than a month and have made “at least three deposits”. The € 100 limit is no longer current in the new draft law. However, it is envisaged that the state gambling authority may determine the terms and limits for bonus offers at its own discretion.

In Spain, some estimates suggest that between 2% and 3% of the population have a gambling problem. For comparison: According to the Yearbook Addiction 2019, around 0.56% in Germany are considered to be players with problematic gaming behavior, 0.31% show pathological gambling addiction.

The spread of gambling among minors in Spain is more problematic. One in five of young people between the ages of 14 and 21 are said to have used sports betting or other games of chance.

Brand advertising in sports clubs should be completely banned

Another important point of the stricter requirements are restrictions on sponsorship by gaming providers. Logos on jerseys by gambling companies are no longer permitted. The draft also provides for a ban on naming rights for sports facilities, leagues and competitions by gaming providers. However, the question of gang advertising by gaming companies should be subject to the individual local governments in Spain.

The change would have a major impact on the top Spanish football league, “Primera División” (or sponsored by “LaLiga Santander”), which maintains a sponsorship partnership with the Sportium brand from Cirsa. Numerous football clubs currently have gambling brands as their main sponsor. Smaller clubs have other forms of sponsorship.

In the interview, the head of the Spanish said

Regulator that there are “millions more sponsoring partners” besides gambling providers. The Real Sociedad San Sebastián club in the LaLiga would eventually do without sponsorship for games of chance and would be financially liquid.

The regulator has sent enough signals to gambling operators. The clubs would have had enough time to adjust to the new realities.
He also asked in the interview whether those responsible at the clubs see no “obvious” conflict of interest among bookmakers who sponsor sports. Arana claimed that the conflict was “so obvious that it won’t even be discussed for 30 seconds.”

The head of the regulatory authority also had no understanding for the losses of the media companies. After all, 10 years ago there was no advertising for Spanish licensed online gaming providers and the media companies also existed. There are certainly fears, but all companies have time to adjust and look for other forms of funding.

Ban on gambling with credit cards in planning

Spain also wants to follow Britain’s example. Gambling with credit cards is also to be banned. There is also discussion of a ban on debit cards and an upper limit for online gambling deposits. However, the head of the regulator admits that changes are not planned until next year. It calls for talks with banks and operators that could affect the schedule.

Criticism comes from the advocates of online gambling

Spain’s gambling advocacy groups warned that the restrictions would only direct Spanish players from locally licensed websites to illegal international providers. This view was reflected in a publication by the European Gaming & Betting Association. In the publication, Spain’s plans were described as extremely counterproductive. The goals of regulating gambling through the Gambling Act would be made more difficult.

The head of the regulator came to the conclusion that not all regulations regulating the legal market also imply an increase in illegal gambling. Gambling must be regulated at the end. The regulation is independent of whether parallel sectors can arise.

State-owned lottery company SELAE launched a new marketing campaign for its lotteries on the same day the Spanish government unveiled the new advertising restrictions. Some observers believe that SELAE wants to show private providers clearly that they enjoy a special position. Furthermore,

The head of the regulator does not see that the state lottery operators SELAE and ONCE would be preferred. But there is a difference, since lottery gambling supports non-profit activities. Lottery winnings would also not often lead to problematic gaming behavior.

According to some experts, scratch cards with instant wins are said to be a bigger problem in Spain, which also lead to problematic gambling and addiction behavior. The scratch cards are also typical lottery products in Spain.

Implementation of the new design

The ministry hopes that the proposed restrictions will become law before the next LaLiga season 2020/21. But you don’t only need approval from the European Commission, but also from the Spanish Council of Ministers.

Spanish gaming providers would spend € 300 million a year marketing their products. Advertising was not the main cause of the extent of pathological gambling and gambling disorders, but it could exacerbate the problems. For this reason, Spain is focusing more on player protection and would like to further restrict advertising for gambling.