New tourist record has been reached in Macau

Macau is now known as the Special Administrative Region of the People’s Republic of China and a gambling paradise for Chinese and Hong Kong people. 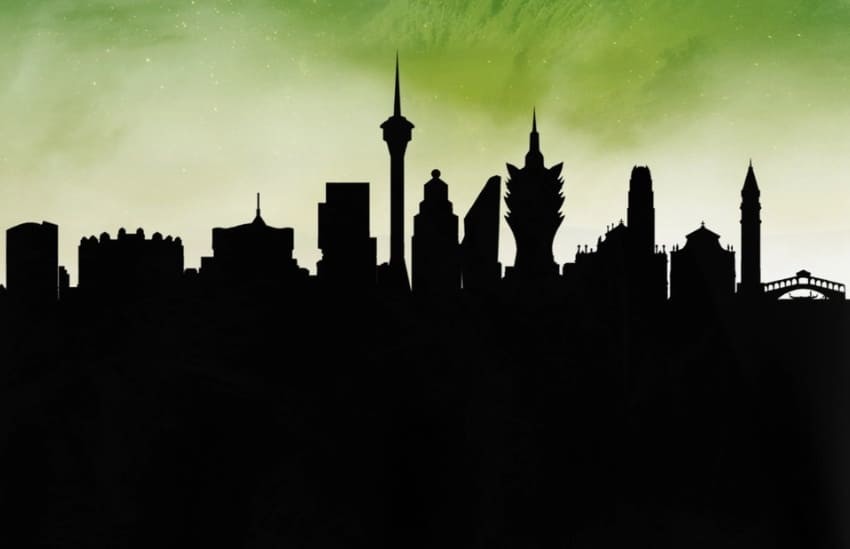 Macau has stood for gambling in Asia for several decades. There are casino resorts modeled on Las Vegas and tourists from all over the world who only come to gamble. According to official statistics, Macau is said to have had more than 39 million visitors in 2019. It corresponds to an increase of 10% over the previous year, which the officials of the special administration company will be particularly pleased about.

Macau can look back on a very eventful history. What used to be a major trading base for Europeans in the past has become a huge gambler’s paradise. In the article I would like to try to give a few details for the gaming city Macau.

The most important milestones in Macau’s history

Macau is located on the southeast coast of China. The special administrative zone is located almost 60 kilometers west of Hong Kong. Macau can look back on around 6,000 years of settlement, where the country once belonged to farmers and fishermen.

The first European in Macau was the Portuguese navigator Jorge Alvarez in 1513. Portugal was interested in trading with China. However, the empire was against external influences. In 1557 the island of Macau had to be ceded to Portugal because the Portuguese were militarily superior to China. From then on Macau became a European trading base. Portugal also tried to establish European culture and built churches, fortresses and other administrative buildings there. In the decades that followed, the trade in tea, silk and spices flourished.

With Portugal’s economic decline in the 17th century, Macau’s economic problems also began. Dutch and British discover Asia for their trade relations. In addition, the opium trade, which mainly took place via Macau, is becoming increasingly important. In 1842 the Chinese were defeated by the British in the opium war, and from then on Hong Kong became more important as a British port and exporter of opium. Macau faces insignificance in the early 1850s.

Gambling as a new economic engine in the 19th century

The Portuguese governor Isidoro Francisco Guimarães had the idea after 1851 to legalize gambling and betting in Macau. In his day he had only modest success with this idea, but his ideas had a great impact on the 20th century in the Portuguese colony.

The history of the 20th century is relatively calm in Macau. In World War II, Macau (like Portugal) was neutral. The British from Hong Kong are seeking protection from the Japanese in Macau. These do not attack the island as it could endanger the neutrality of Portugal.

In Portugal, the dictatorship of António de Oliveira Salazar ended in 1974, the Estado Novo disintegrated by the Carnation Revolution. The new democratic government is trying to get rid of the rather expensive colonies. Portugal offers China Macau, but the People’s Republic declines. Portugal then withdraws all troops and declares Macau “Chinese territory under Portuguese administration with full internal autonomy”.

In 1987, Macau was also decided in the Hong Kong negotiations. It is then returned to China on December 20, 1999 on the same terms as Hong Kong, and has been a Special Administrative Zone ever since.

In 2005, Macau was recognized as an “outstanding example of a successful coexistence and coexistence of Eastern and Western cultures”. The historic center, with its old town shaped by traditional Chinese culture, and the Portuguese buildings from the colonial era have been declared World Heritage Sites. This protects them from the rage of foreign investors.

China does not make any economic changes to the orientation of Hong Kong or Macau. Gambling is strictly prohibited in Hong Kong. In Macau you don’t touch the casinos. On the contrary, the gaming sector is being expanded.

Until 2002 there was a gambling monopoly, which was guaranteed by the Sociedade de Turismo e Diversões de Macau. It was only in 2002 that several investors were able to participate in the gaming sector. At that time, three licenses were granted. Chinese magnate Stanley Ho and two American companies received the first gaming concessions.

In the following years there was new investment by foreign companies. Hotel complexes, shopping miles and event locations are created. The area of ​​the island is also increased by landfills. Around 600,000 people currently live on an area of ​​115 square kilometers.

Official police statistics show that the number of visitors rose to 39.4 million tourists in 2019, an increase of 10% compared to 2018. 28 million Chinese came from the mainland. All other tourists came mainly from Hong Kong, Singapore, Indonesia, the United States, South Korea, Taiwan, Japan, Australia, the Philippines, India, Australia and Thailand.

Overall, however, it must also be noted that the number of overnight stays by tourists in hotels has decreased by 1.7% compared to the previous year. Macau has an estimated 38,700 hotel rooms for overnight stays. Nevertheless, 18 hotel projects are currently under construction and 24 construction projects are planned to begin this year. Another 11,000 new beds are to be created in various hotels.

Overall, Macau lagged behind its own forecasts, as 40 million tourists were expected for 2019. The trade war between China and the United States is cited as the reason for the poor balance sheet. The Chinese economy is also increasingly weak and the unrest in Hong Kong has led to a decline in tourism from the neighboring island.

Macau has many hopes for 2020. In addition to settling the Chinese-American trade war, the main focus is on the Indian market. 120,000 tourists came from India in 2019. A new survey found that 70% of visitors from India want to come back to Macau. 96% of them would also recommend Macau as a travel destination to family and friends.

How strong is the gambling sector in Macau?

Until the gaming market opened, the gaming sector was responsible for up to 60% of Macau’s gross domestic product.

Macau now has 38 casinos, with The Venetian Macao by Las Vegas Sands Company being the largest. The main other casino operators are SJM Holdings and Galaxy Entertainment. Most casinos in the gamblers paradise are open 24 hours. In addition to normal slot machines, there is a wide selection of casino games such as blackjack, baccarat, roulette, poker, sic bo, keno, boules and fan tan.

You can also bet in Macau, there is a racecourse and a greyhound racetrack. With 1,400 employees and 1,100 temporary employees, the Macau Jockey Club is Macau’s largest employer.

The gross gaming revenue of the casinos in 2018 was 302.85 billion patacas (about 33.84 billion euros). In 2018, the companies were pleased with an increase in sales of more than 16% compared to the previous year. In 2019, sales were significantly worse.

In September 2019, for example, the casinos were only able to generate sales of 22.1 billion patacas (around 2.47 billion euros). Compared to the previous year it was only an increase of 0.6%. This was a surprise, as the typhoon mangkhut in September 2018 meant that the casinos in Macau had to be closed for 33 hours for the first time in history.

As a result, the Morgan Stanley banking group adjusted the forecast for gaming revenue in 2019. A decline of 3% is expected. By contrast, an increase of 3% is forecast for 2020.

The main problem is that VIP revenue from China has decreased. Although VIP income is expected to increase in late 2019 and early 2020, it will not be able to compensate for the losses.

But even with the weakening economy, Macau is considered the largest player’s paradise. The American gamblers paradises Las Vegas and Atlantic City are far behind. On the strip in Las Vegas, for example, only 11.9 billion euros were generated in 2018. This is surprising since Las Vegas offers approximately 150,000 hotel rooms. In 2017 there were 42.9 million visitors.

Despite the successful tourism figures, the economic figures point to minor problems. The discussions about the facial recognition software in the Macau casinos will not have ensured good publicity. But it did not mean a drop in the flow of visitors.

Contents show
1 The most important milestones in Macau’s history
2 Gambling as a new economic engine in the 19th century
3 Despite China’s takeover, no new political direction
4 Macau 2019: a booming gambling paradise?
5 How strong is the gambling sector in Macau?
Read More