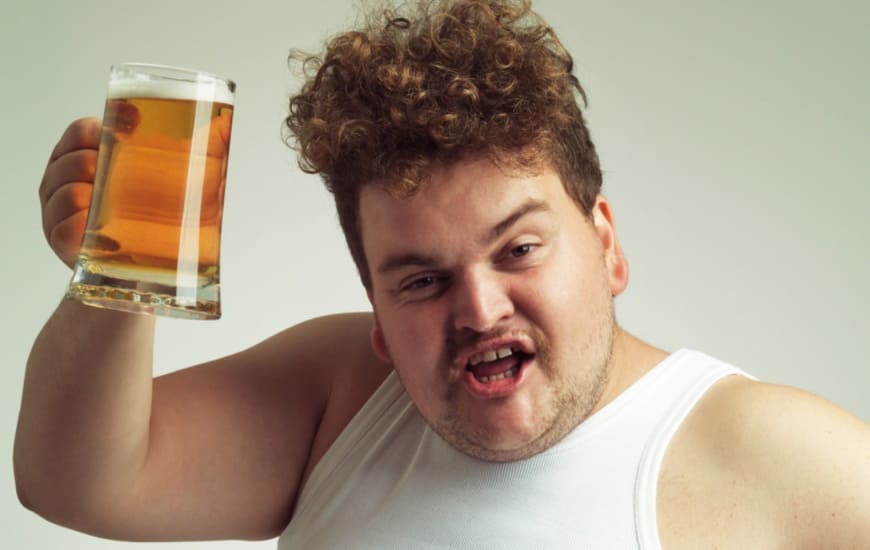 It is well known that alcohol changes people’s perception and behavior. According to experts, the corona pandemic has increased the risk of both drug and alcohol abuse and excessive gambling in online casinos. But what about a link between these risk factors?

Especially in stressful situations, people are tempted to use addictive substances to distract themselves from everyday life. It doesn’t matter whether it’s alcohol, tobacco, drugs or gambling. However, the risk of addiction is particularly high in precisely these stressful situations. It becomes particularly dangerous when those affected combine different addictive substances. So should the online casino only be played if you have not consumed any alcohol at all?

Gambling and alcohol – not a good combination

In an earlier article, we reported on a study that looked at the interplay between alcohol and gambling, among other things. The scientists came to the conclusion that both factors support each other in a negative way. Accordingly, those who have drunk alcohol tend to be significantly more willing to take risks after losing a game.

As a result, the scientists advised that the sale and consumption of alcoholic beverages in gambling halls and casinos should be reconsidered. In fact, it is still possible to order alcoholic beverages such as beer or wine in many stationary gaming venues without any problems. Of course, the employees should make sure that no completely drunk people play. In reality, however, the controls are likely to be rather lax.

It is interesting that in the context of the study nobody talked about alcohol consumption in the best online casinos or online gaming libraries. The popularity of online offers has been increasing continuously for years.

How does alcohol affect the body?

Alcohol is a socially accepted addictive substance, at least in this country. It is no secret that alcohol is also a dangerous cell toxin that stresses and damages the body with every sip. Regardless of whether it is beer, wine or sparkling wine – for most people, alcoholic beverages are above all a luxury item and not a real addictive substance. If you ask a doctor instead, you will quickly be informed that even small people on ethanol are enough to permanently clog the body.

The alcohol consumed affects the messenger metabolism in the brain and consequently inhibits signal processing. Small amounts of alcohol usually have an encouraging and relaxing effect on the body. But if you have consumed a little more alcohol, you will relatively quickly notice a delayed ability to perceive yourself. Behavior is also influenced by alcohol.

For example, under the influence of alcoholic beverages it is more difficult to correctly estimate distances. At the same time, both the ability to react and the ability to concentrate decrease. In addition, people who have drank alcohol also get tired more quickly because the alcohol draws water out of the body.

Of course, it is generally not recommended to take part in a game of chance under the influence of alcoholic beverages. It doesn’t matter whether the player sits down at the virtual roulette or blackjack table or wants to spin the reels on the colorful slot machines. The fact is, however, that under no theoretical circumstances it is conceivable to implement an alcohol ban in online casinos. For this reason, it is probably a better idea to educate the population in as much detail as possible about the effects of alcohol consumption on gaming behavior.

Anyone who is still active in the online casino while intoxicated with alcohol quickly loses track of their deposits and may lose significantly more than was originally planned. In addition, playing under the influence of alcohol is usually less fun, as you can usually no longer fully follow the game.

Unfortunately, the global corona pandemic has resulted in more people abusing addictive substances such as gambling and alcohol. In particular, financial worries and the isolation during the lockdown meant that more people were “addicted” to alcohol and online gambling. Of course, it always becomes particularly dangerous when both addiction factors are combined with one another.

In summary, it can be said that alcohol is not a recommended companion for a virtual visit to the online casino. Alcohol has a disinhibiting effect and leads to a decreased ability to concentrate. These consequences are counterproductive for playing in online casinos. For this reason, players in the online casino should not play if they are intoxicated. Since no official body can determine whether players play drunk online, personal responsibility and education must be relied on in this context. Of course, it shouldn’t be a problem if you spin the virtual reels after a beer. However, it shouldn’t be more than that in order to avert negative consequences.