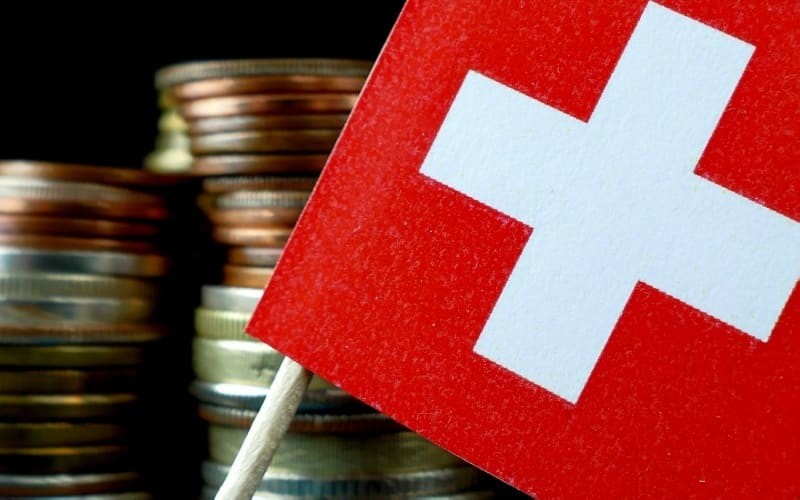 At the beginning of the year 2019, the new gaming law came into force in Switzerland. This changed the rules for online casinos in Switzerland. Foreign Internet gambling companies without gambling license should actually be blocked from 1 July. Partly shows now that the casino blacklist is not yet effective.

Almost 192,000 Swiss are said to have a problematic gambling behavior, with some 15,000 Swiss considered addicted to gambling. In a new study with survey results from 2017 it has been noticed that among the problem gamblers about half of the bets are made in online gambling.

The permanent availability, missing limits and the lack of social control would increase the willingness to take risks and promote addictive behavior.

For this reason, it is not surprising that the new gambling law should also ensure the regulation of online casinos. In Switzerland, gambling operators may only offer online casino games if the companies operate a casino in the country. Many casinos therefore work with companies in the iGaming industry to offer gamers reputable online casinos with Swiss gambling licenses since July 1, 2019.

Despite blacklist many foreign websites are accessible

The new gaming law provides for network blocking for foreign online gambling providers who do not hold a Swiss gambling license. For all other illegal gambling providers, the Federal Gaming Commission (ESBK) maintains a list of internet addresses which have to be blocked by internet providers. Meanwhile, this blacklist covers almost 60 websites, but at the last review it was noticed that at least 33% of the list is still accessible to Swiss players.

News agency Keystone-SDA reports that the ESKB is currently trying to clarify why some of the gambling operators have not yet been banned. There should be various reasons for accessibility. For example, it would be conceivable that a telecom provider operates multiple servers, but the locks are not automatically adopted on all servers.

In addition, some companies could regulate themselves, which locks should be adopted. For this reason, it may be possible to access the web pages from the computer of a company while they are locked on the personal computer or smartphone.

Furthermore, there is probably a “white list” that can go over the blacklist. Websites with high numbers of clicks could disappear from the blacklist. Usually these are websites like Google or Facebook, but in the meantime it would also affect blacklist gambling sites in practice.

The blacklist is growing continuously

The first blacklist of 40 websites was released on September 3, 2019. 3 weeks later there was an update for 20 more internet addresses. According to the Federal Gaming Commission, online gambling providers in particular would be reported if players have problems getting profits. The Swiss casinos would also report companies and websites. Of course, the ESBK also runs its own research on the subject.

With the international program “Play without addiction”, 16 German-Swiss cantons are trying to launch a new awareness campaign for online gambling addiction. It is designed to help players critically question their own behavior.

The loss of control at the latest when playing a game, if you no longer amuse yourself. The initiators therefore want to bring the issue of gambling addiction into the focus of the population. Therefore, it also emphasizes the player protection mechanisms such as time or money limits and sufficient time-outs – which can be set in the Swiss online casinos.

Negative example of the player Lorenz A.

In various Swiss media you can also read the Spielerkariere by Lorenz A. Incidentally, the name has been changed because the player wants to remain anonymous. He had described his gambling addiction story to the press. In 2016, he began his career at the Swiss Casino.

He then visited the casinos more regularly. Then, for lack of time, he switched to online casinos and occasionally gambled there all night until 2 o’clock in the night. He always played a slot – Book of Ra – the Novoline classic did not let him go.

In early 2017, his profit of 50,000 francs was used up and he borrowed money from a bank to continue playing. He always had good winnings, but he described his problem with the winnings as follows:

You do not just lose. I also won 8000 francs online with just one turn. Then one says every morning: “Come, today I can do it again!” In addition, the online casinos incite a constant, to continue to play.

He lied to his wife and daughter about various loans. He realized that he was in a vicious circle, but he could not get out. He had at the end of 150,000 francs (about 136,000 euros) debt, the wife thought he had an affair and at some point also on where the money from the loans actually flowed. The time of the decision against the gambling he described it as follows:

That was in late May. It was all over, I could not do it anymore. My 14-year-old daughter wanted to go to town with a colleague and needed some money from me. But I had nothing left, no cent. That’s when I knew something had to change.

In the interview, the player is a part of the British gambling provider, which he had used. They would have animated him by free spins and bonuses to continue playing. Besides, he did not understand why he came so easily to credit and credit cards with several thousand francs limits. In the end he pleads for a total ban on gambling, casinos and online casinos.

I actually wish, even if that will hardly happen, that casinos would be banned. Since the people are robbed, this is pure ripoff. But you understand that only when you have nothing left in your pocket.

For Lorenz A., there seems to be no “gambling without addiction”. It would also be incomprehensible if it were completely forbidden. After all, the Federal Constitutional Court had also ruled that the play instinct belonged to the nature of man. Therefore, there will probably always be casinos, online casinos or other gambling providers – the only question is how to minimize the risk of gambling addiction through regulatory measures.