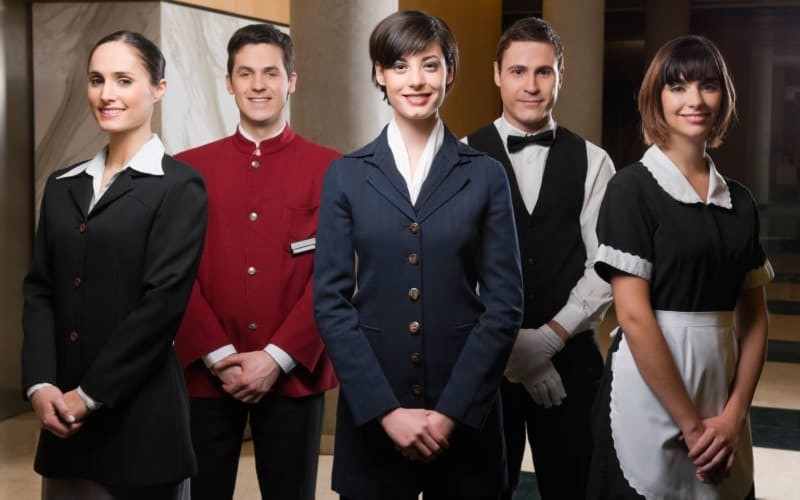 The state government in North Rhine-Westphalia, consisting of FDP and CDU, wants to complete the sale of the state-owned casinos finite. The employees of the casinos reject the plans out of fear for job cuts – they raise concerns about the protection of players against the sale.

The plans for the sale of Westspiel have long been known. It is also no secret that the Gauselmann Group is interested in buying the casinos. The fact is that the NRW casinos have not been in the black for years, mainly due to mismanagement.

Slowly, however, the sales figures are getting more positive again, which mainly uses the opposition to raise doubts about the planned privatization. The casinos in Aachen, Hohensyburg (Dortmund), Bad Oeynhausen and Duisburg also employ around 1,000 people. Among them are receptionists, administrators, cashiers and croupiers. The works council is currently trying to fight against the privatization plans together with the employees.

Employees fear the deterioration of working conditions and job vacancies. For example, a new operator could purify the range of games, making some croupiers unnecessary.

The employees are not paid anything – the privatization is downplayed

So far Westspiel still belongs to the state-owned banks. It is a direct subsidiary of NRW-Bank, therefore, the supervisory board is an authorized representative of NRW-Bank and the Ministry of Finance.

The employees complain for a long time the employment. Since 2015, there have been no salary adjustments. A beginner in the casino just got the minimum wage. The average salary of employees is 2,300 euros net per month.

The management currently requires an extra work of 2.5 hours a week from the employees, and they should also refrain from a regulated dismissal protection.

The works council had demanded a job guarantee as a condition of privatization. For at least 6 years one tried to get the job guarantee. One third was currently offered by Westspiel.

The state government has so far taken no great position on the claims. The negotiations would have to be made anyway with the buyer according to NRW-Bank. The consequences of the sale are therefore usually downplayed. Finance Minister Lutz Lienenkämper (CDU) said only that the interests of employees in the sales process are taken into account.

Most employees of Westspiel, however, have their doubts. NRW-Bank commissioned a law firm to handle the sale. The works council was offered only 2 years of dismissal protection during negotiations. In addition, cuts would have to be made to the previous conditions. For some time now, the works council has warned that the sick leave rate is well over 10% in the workforce. Chief Operating Officer Jens Hashagen concludes:

Obviously, the NRW Bank and the state government are solely concerned with the proceeds of the sale. The employees only disturb.

The government of North Rhine-Westphalia had presented a draft bill for a new casino law. In addition to the 4 casinos, 2 additional casinos are to be created, whereby a location in Cologne has been planned for some time. About the exact locations could then decide the new operator.

The Gauselmann group from Espelkamp had already expressed interest. Before his 85th birthday, Gauselmann said on the subject:

If the legal basis in North Rhine-Westphalia changes and there will be tenders, we will of course participate.

The Gauselmann Group had already invested in Berlin’s casinos and is co-operating there. In Saxony you also have casinos. The entire company had generated with the casinos and the distribution of gaming machines 2.4 billion euros in revenue. If you bought the NRW-Spielbanken and they eventually hit the black, it would certainly be an asset to the company.

In the casino Hohensyburg met representatives of the Westplay Works Council and the SPD faction. Employee representative Michael Jütte showed that the gross gaming revenue has increased significantly in the last 3 years. While the gross gaming revenue in 2015 was 79.6 million euros, it was 92.3 million euros last year. The employees are remunerated regardless of the game turnover.

Thomas Kutschaty is SPD faction leader and is very much on the side of Westspiel employees, as far as numbers are concerned:

The provincial government’s argument that the business is in deficit is not happening anymore. From a social democratic point of view, it would not have needed a new law.

It also warned against the softening of the basic principle of player protection in casinos. From the point of view of the SPD and the works council trained personnel are necessary for the social concept of the casinos. Safe working conditions would be the most important thing, as well as paying the social responsibility that employees have for visitors to the casinos.

The employees of the casinos are extensively trained. They are to recognize players with problematic gaming behavior and prevent their damage from becoming too great. They want to offer the best possible player protection. According to their own information, pathological gamblers would be recognized immediately.

It is doubtful that a private operator shows the same interest in player protection. The new casino law, which could come into force at the end of 2019, should take into account the protection of players and the interests of casino employees. At present, the opposition in NRW and the works council do not expect these goals to be achieved. The situation of the casinos in North Rhine-Westphalia remains therefore exciting.