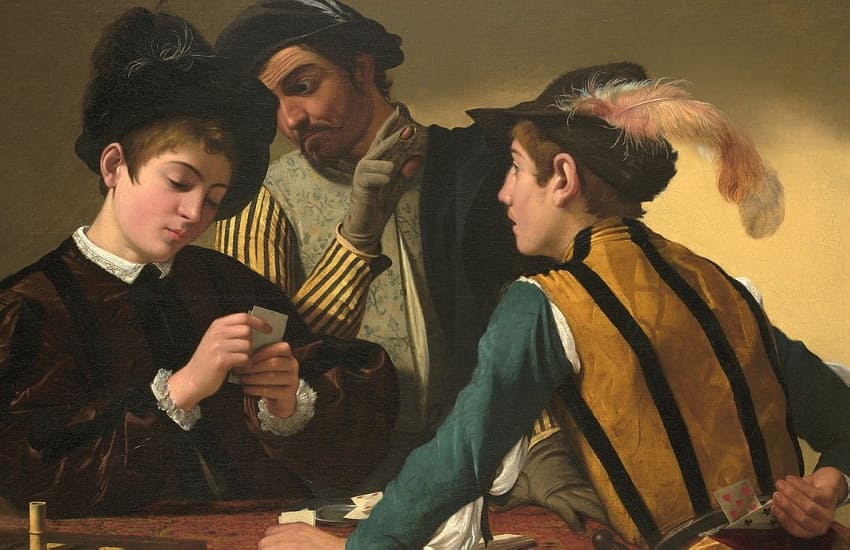 Gambling was not invented just yesterday, so it is not surprising that over the centuries there have been one or two inclined gamblers that we no longer know as such.

After we have already dealt with the topic of the greatest works of art related to gambling in our blog, it is now time to take a closer look at the people of the time. In our research, we came across well-known personalities from politics, art, literature and science, who lived out their love for risk during their lifetime and would certainly have cut a fine figure in the best online casinos today.

This well-known Russian writer did not invent his novel “The Player” freely, but rather put the story on paper based on his own experiences. His love of gambling is said to have provided him with plenty of material for his works and it is even said that he wrote the end of his first great masterpiece “Guilt and Atonement” particularly quickly in order to be able to settle his gambling debts.

Known primarily as an apron hunter, Giacomo Casanova was also a successful writer, avid adventurer, and talented player. He is said to have been trained by professional gamblers, but never seriously pursued this profession. Nevertheless, he is said to have used his talent at the tables and cards to achieve one of your big goals: get rich quickly.

Fields of poppies, water lilies and its famous garden, that comes to mind when you think of the French master Claude Monet. However, an artistic education in 19th century France costs and so Monet was apparently found more often in the Paris casinos in his spare time. Once he was said to have won around € 11,000 there – the literal jackpot, because this allowed him to concentrate fully on his painting.

French philosopher, mathematician and scientist René Descartes originally had completely different plans and wanted to become a professional player. Instead of turning his hobby into a profession, he left it at that and is now known instead as the “father of modern philosophy”. However, his rational mind, intellect and arithmetic made him one of the most successful players of all time in his hobby.

The Queen of France, who was actually born in Austria, should not be missing from our list. The name Marie-Antoinette is primarily associated with one: luxury, extravagance and abundance. In times when France was politically and socially unstable, the queen is said to have indulged behind high walls of her gambling addiction and to have lived a lavish life full of glitter and glamor.

From Queen to King: King Charles II of England, Scotland and Ireland managed to reintroduce the monarchy in 1660 and also relied on his gambler’s heart for his political maneuvers. He even wrote a book about his passion for card games and the like.

We end our digression into history with the French philosopher Michel de Montaigne, who not only invented essay writing, but is also the founder of modern skepticism. In addition to these achievements, he was also known as a passionate player during his lifetime, who enjoyed a certain reputation in French society in the 16th century.

What do you think we did well in our little history lesson? Do you perhaps know even more well-known personalities in contemporary history, ancient or modern, who had a weakness for casino and Co.? We look forward to your contribution in comments!