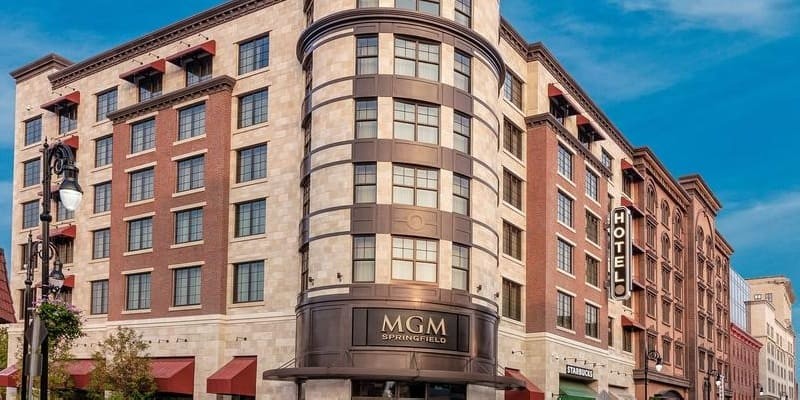 In Massachusetts, the first Casino-Resort, MGM Springfield was sentenced to a fine of $ 100,000. The gambling operator has some shortcomings in the protection of minors. Thus, people between 18 and 20 years could not only play there, they were also brought alcohol by the service staff.

The first casino Resort in Springfield was opened in 2018 in Massachusetts on the west coast of the USA. Another Resort project is planned by Wynn in Boston, and there are several other casinos in the pipeline. At the end there will be the following 6 Casinos in the US federal state:

Bingo and Lotto can be played in the state from 18 years. If you want to go to the Casino, you have to be at least 21 years old. The use of alcohol is also only allowed from 21 years – the MGM Springfield has been the first Casino Resort in the Bundestag and has now been the first to violate the regulations on youth protection.

The MGM Springfield Resort Casino, with 125,000 square meters of total area. In addition to Hotels and Restaurants, there are 2,500 slot machines and 100 tables for Roulette, Blackjack and poker rooms.

What happened in the MGM Springfield?

The MGM Springfield in Massachusetts a total of 44 violations have been counted in the protection of minors since August 2018. Young players between 18 and 20 years of age were not forbidden to visit the casino and the players received some alcohol from the service staff. Because of these misconduct, the relevant regulatory authority, the Massachusetts Gaming Commission (MGC), issued a civil administrative penalty of $ 100,000 (90,000 euros). The company immediately agreed to pay the penalty to the Control Authority at a hearing last week.

People under the age of 21 had access to the play area and to alcoholic beverages. On several occasions, the regulatory authority had called on the Casino to ensure that young people are denied the real casino gaming area. Implementation had not been reasonably achieved.

What follows for MGM Springfield , besides the fine?

On the one hand, the $ 100,000 (90,000 euros) penalty has to be paid. However, much more important is that the operator of the Gaming Commission has a detailed security plan with immediate measures to improve compliance with the regulations. The MGM would like to improve the administration of the Security Department in the same way, and the security staff should receive regular training to ensure that the laws and regulations are complied with.

Michael Mathis, President of MGM Springfield, said in an Interview:

This is a real focus for the company. I think we need to talk together about what we’re going to do to punish people. There must be serious consequences. [ … ] I know you may lose your driving license in some other jurisdictions-real consequences.

The leaders had indicated in advance that they had put more”under 21 banned” stickers. In addition, during peak times, the safety staff has been increased. The legal players, who are often asked for an ID card, have also offered hand stamps. Nevertheless, new measures are to be developed.

Guidelines for alcohol are strictly

Although the MGM Springfield and Wynn Resorts Encore Boston Harbor may serve alcohol at night until 4 AM (2 hours longer than in state Bars), it must be ensured that players do not show signs of intoxication from alcohol.

In the state of Philadelphia, Sugar House Casino in Pennsylvania had to pay a $ 15,000 (13,500 Euro) penalty because a player offered 17 free Cocktails in 8 hours. He was allowed to play with the alcohol content still. When the player was finally stopped, there was a dispute, which required a police investigation.

Gambling in Massachusetts – a difficult market

In addition, it turned out that there is a lot of crime through the new Casino. According to a police report, the Massachusetts State Police reported that between September and December 2018, approximately 208 incidents and 120 arrests in MGM Springfield.

The incidents included 16 thefts and robberies, five Assaults and two sexual offences. In the vicinity of MGM Springfield, 22 offences were reported in the three months prior to its opening in August and 115 offences in the five months after its opening. Meanwhile, the police responded in 2018 to only 115 incidents at Plainridge Park Casino.

It remains to be seen how the situation in Massachusetts will develop when the new Wynn Resort will be launched at the end of June. The situation for MGM could then become even worse, so that the Casino becomes unprofitable in the end.