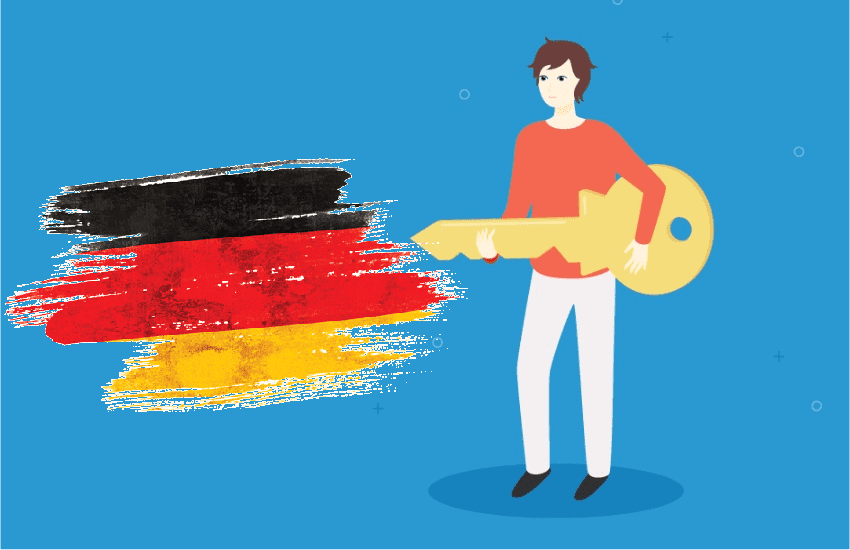 The new State Treaty on Gaming has passed its first hurdle through the Prime Ministers’ Conference. Germany is kept in suspense by the corona virus, but those responsible were able to agree on a compromise in the field of gaming and have signed a new State Treaty on gaming. Internet casinos and online poker could thus be legal from July 1, 2021, but the state parliaments still have to ratify the state treaty.

Online casinos for German players are currently only legal in Schleswig-Holstein. The special route that the federal state has taken with the Schleswig-Holstein gaming license has caused much criticism in the past. Advertising for gambling providers was also possible.

Online casinos were a gray area for the remaining federal states. The providers have European gaming licenses and rely on the freedom to provide services within Europe. While sales tax was paid by the providers for German players to Germany, this area was still included in the statistics as an unregulated market.

Few changes to the design

According to information from the German press agency, there were only a few changes to the draft for the new State Treaty on Gaming, which I had already presented a few months ago.

The central gaming authority, which is responsible for awarding the license and monitoring compliance with the license guidelines, is created in Saxony-Anhalt. It is to be set up by July 2021.

The central lock file for self and third party locks will be set up. In addition, the loss limit of 1,000 euros per month is also planned. There will be a central file in which the deposits to the various online gaming providers will be registered. A player will only be able to lose 1,000 euros a month from gambling. Winnings are offset against the stakes so that there is a loss limit.

The player can gamble a maximum of 1,000 euros of his own income in the online casinos. In addition, the betting limit of € 1 per spin applies in internet casinos.

Between 6 a.m. and 9 p.m., no advertising for virtual slot machines, online poker and casino games is permitted. It remains to be seen what that means for Twitch casino streams or websites.

Live bets are only partially planned

There are also some restrictions in the area of ​​sports betting. In the last state treaty on gaming, a test phase with 20 sports betting licenses was provided. However, the award was canceled by the European Court of Justice. At that time it was incomprehensible why the number of concessions should be limited to 20. Sports betting had been tolerated since then and a 5% betting tax was levied.

Live betting in particular is restricted. They should only be able to bet on the end result or the next goal, the next set or equivalent events. The bet must be part of the end result. This only applies to sports with a small number of such events. These include soccer, hockey or volleyball. Live bets on tennis or basketball, where the final results are high, must not be offered at all.

Criticism and praise for the new state treaty on gaming

Above all, praise for the State Treaty on Gaming came from the established German gaming companies. Jürgen Häfner, for example, is the managing director of Lotto Rheinland-Pfalz. He praised the suppression of illegal online gaming providers by the new state treaty. On the basis of the new contract, you can also expand your own product range and look confidently into the future.

Daniel Henzgen works for the management of Löwen-Entertainment. The company manufactures the Novoline slot machines for the Austrian company Novomatic. He was satisfied and said that legal providers who pay taxes in Germany are now entering the online gambling market. Apparently one forgets that the withdrawal of the Novoline slots did not take place until the end of 2017.

Georg Stecker had already expressed slight criticism as spokesman for the board of the Association of German Automata Industry. Overall, they are pleased that the path of qualitative regulation is being pursued in order to ensure effective protection of players and young people. At the same time, however, he criticized the prescribed minimum distances between arcades as absurd. The online casinos allow you to play anytime, anywhere on your smartphone. Therefore, minimum distances between the arcades are no longer up to date.

There is still criticism of player protection. The addiction researcher Tobias Hayer from the University of Bremen is of the opinion that liberalization increases the range of games and bets on offer. This leads to an increase in game incentives and addiction risks. Furthermore, the limit of 1,000 euros is considered by many experts to be too high. Hayer also criticized the new advertising guidelines as too lax:

I think it is absolutely not a good idea that, for example, Bundesliga soccer teams with the logo of a betting provider are walking around on the jersey or that betting providers are the main sponsors of a club.

The expert advocated that the experience of advertising bans on alcohol should also be transferred to gambling.

Mathias Dahms is President of the German Sports Betting Association (DSWV). As already mentioned in another article, he does not consider the interests of mass sport. Furthermore, the restrictions on live betting could result in players using illegal offers.

Online gambling is likely to be legalized in Germany. However, it remains to be seen whether Schleswig-Holstein and other liberal federal states will agree to the new contract. The restrictions in the area of live betting could be seen as problematic. First of all, however, it looks as if online casinos and poker rooms on the Internet could be legalized by July 1, 2021.