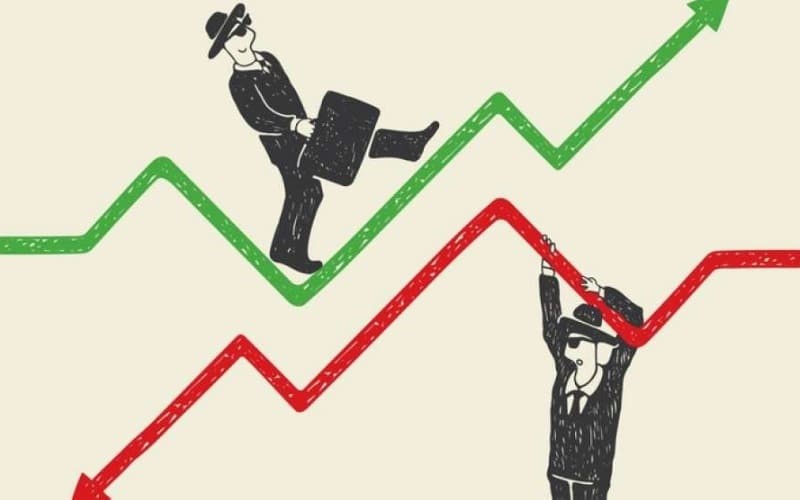 Players know the feeling: The Anger over €100 weighs more than the joy of winning €100. This emotional phenomenon is explained in psychology with the theory of loss aversion. People have an aversion to losses. What it has on it, I try once in the following article to describe.

American economists Daniel Kahneman and Amos Tversky developed the Prospect Theory in 1979. Part of the theory is the loss aversion. The theory is based on the recognition that individuals act irrationally in decision-making when uncertainties play a role. The theory therefore contradicted the neoclassical economic decision theory, which saw the goal of maximizing the benefits and describing rational ways of action in Homo Oeconomicus.

In 2002, Kahneman received the Nobel Prize in economics for his theory. His colleague Tversky had already died at that time.

What is the theory of loss aversion States?

The theory of loss aversion assumes that people determine a reference point when making risky decisions. This can be a Status Quo or a desired value. If the current value is below the reference point, it is perceived as a loss. If the value is above, it is a profit.

The scientists were interested in how people perceive the gains or losses against the reference value. What subjective benefit does a profit or loss. By mathematical representations of profits and losses for subjective benefit it came out that the curves in the range of profits run convex, in the range of losses they are concave. Thus, the increase in pain is steeper in the case of losses, so losses are assessed higher.

What does this mean in practice?

Behavioral economists have found in studies that possible losses are more painful than gains increase perceived happiness. Most people feel a loss of 100 euros as more unpleasant than a profit of 100 euros.

Furthermore, Kahneman has noticed that with increasing profit level, the subjective benefit flattens. So if you were to win 1 Million euros, you would be more happy about them than about 2 Million euros. The third Million Euro will bring even less joy and then it continues.

In the area of losses, similar observations have ultimately been made. The loss of 100 euros weighs heavily. But if you have already lost 1,400 euros, it makes no big difference whether you lose 1,500 euros. The 100 Euro won’t weigh so hard when it comes to subjective benefits.

This theory can at least explain why people as long as they are in the profit zone, are rather shy at risk, but become more risk-conscious in the event of strong losses.

The lottery example for the theory

Kahneman had conducted various surveys to investigate decision-making. Among other things, he also asked how high the profit would be to compensate for the possibility of a 50 percent loss of $ 100. It turned out that most people expect a profit of at least 200 dollars (double the loss) or 400 euros (four times the loss).

Furthermore, it was found that most people prefer a safe smaller profit to an uncertain higher profit. If people have the choice between secure 500 euro profit and 1,000 Euro as a profit with a 50% Chance, most will opt for the first Option. In case of losses it is exactly the opposite. If people have to decide for 500 Euro safe loss or 1.000 Euro loss with a 50% Chance, most people will take the second Chance you are so risk averse.

All people have the same aversion to losses?

The study “Individual-level loss aversion in riskless and risky choices” found the researchers Simon Gächter, Eric J. Johnson and Andreas Herrmann, that there is no big difference in men and women in terms of loss aversion. In the case of safe losses, a more or less severe loss aversion would be seen in 90% of the subjects. With uncertain losses, the percentage is slightly lower. In old age, the loss aversion also increased. As education levels rise, the loss aversion becomes less frequent.

Colin F. Camerer, an American economist and Professor of economics at the California Institute of Technology, observed New York taxi drivers and observed some irrational behavior. Due to the changing demand of passengers for day-to-day taxi drivers have with strongly fluctuating daily sales. Rational decisions would be that on days of strong demand more people would be transported than on days of low demand. On average, this would compensate for fluctuations.

In his observations, The Economist found that drivers were more irrational. They have set for themselves daily sales that they wanted to achieve and have nothing to do with demand. He had observed that on economically weak days they worked for several hours longer to meet the target value. The benefit maximization was therefore not in the foreground for them. Rational modes of action like Homo Oeconomicus do not always exist in practice, so there must be other models of explanation.

What are possible causes of loss aversion?

Some researchers see evolutionary reasons in the more painful assessment of human losses. Maximize the benefits by avoiding losses you explain with retarded Shoots from the hunter – gatherer time. In this gray pre-era the main motive of the actions was to find food for survival.

There was no reason to achieve a higher benefit in the long term, as profits could be offset poorly with losses. Salopp expressed, the prehistoric hunter could succumb to more than one animal a day, but he could consume only a certain amount “X”. The amount of food over it spoiled partially, as there is no way at all to make it durable in the long term. In addition, the winning was accompanied by a great risk, as the hunting could lead to injury or death. In this period, an increased loss aversion may have increased the chances of Survival of the individuals.

What does the knowledge of loss aversion in terms of gambling bring?

The theory of loss aversion currently interests many speculators on the stock exchange. They recommend there to forget the behavior of the prehistoric hunter and to drive in long-term profits with a little more risk. One should therefore not pay particular attention to short-term fluctuations in investments, but rather look at the large and whole long-term.

The same applies to Casinos and other gambling. Although you will not make long-term profits here, the house or the bookmaker always wins. But, nevertheless, a long-term view of things may sometimes not be bad. So you could not be dazzled by short-term highs.

It is known that many players believe in a kind of lucky streak after big wins and often try their luck. In general, at some point a loss phase occurs, which sometimes far exceeds the profits made. If you think about how much you lost or won in the long term, the joy of profits or losses will surely be different.

In any case, the theory shows that gambling will not make you happy in the long term. Profits will bring less and less joy than the pain over the losses. This shows once again that gambling should not be regarded as an “investment”, but as pure entertainment. You pay for Playing with money and the resulting thrill.